The U.S.S. carrier Theodore Roosevelt is heading towards the Yemeni shore to join with other American ships preparing to intercept Iranian vessels, Fox News reported on Monday, April 20.

It is believed that Iranian ships are carryng weapons to the Houthi rebels who overthrew the U.S.-backed Yemeni government last month. The Iranian-backed Houthis are attempting to gain control over Yemen.


There are currently approximately nine U.S. warships in the waters near Yemen, including cruisers and destroyers. 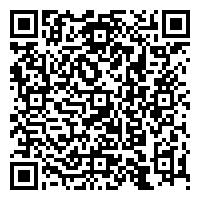