“Are you Alfred Nossig?” the waiter asked the middle-aged man at the table.

“Yes.” Bang! Bang! Bang! He shoots him dead. “Are you Alfred Nossig?” Yes. Bang! Bang! Bang! “Are you Alfred Nossig”? Three times, Alfred Nossig – the brilliant, Jewish-Polish playwright, sculptor, philosopher and Zionist – is assassinated by three different assailants in the bizarre opening moments of Lazarre Simckes’ new dark farce. Nossig, a well-known figure in pre-war Europe, was extremely active in Zionist politics and cultural affairs. Just before his 80th birthday, he was accused of collaborating with the Nazis in the Warsaw ghetto, and was executed early in 1943 by the Jewish Fighting Organization.

This puzzling and tragic end to a life that was in large measure devoted to the Jewish people is the foundation to Simckes’ most absurd exploration of history and the horrific times we live in. The play, expertly directed by Crystal Field, is at the Theater for the New City until May 23.

Nossig’s assassination did not “end” with his death. His name and reputation were largely erased from the consciousness of the Jewish world and it is this cultural cremation that fuels Simckes’ fury at the summary judgment and execution of one very unusual man’s life.

While the audience learns about Nossig’s life, episodically, throughout the play and in the playbill background notes, his life exists as a silent presence outside the direct purview of the performance. He was a recognized sculptor of Biblical and Jewish themes, a playwright with works on Abarbanel and Bar Kochba, a Yiddish poet, a writer on contemporary music, a pioneer in Jewish statistics, and an activist in early political Zionism, writing the first Zionist work in Polish, in 1887. Nonetheless, the reality of his many achievements seems to fade as the play moves beyond one man’s guilt or innocence.

Playwright Simckes spent years researching Nossig’s life and yet his play ultimately concludes that a final accounting of what actually happened is not only close to impossible, it is also beside the point. If we can judge this man’s life, we can close the book on him, and effectively forget him, and that would be the real crime. Instead, the complexity and constant questions of the consequences of political and artistic involvement must stay alive, engage and indeed haunt us. The genius of Simckes’ play is that we exit the theater with more questions than we came in with. We have been nourished with a puzzle.

The play opens in an apartment on the Upper West Side of Manhattan, where The Old Man (Stuart Rudin) and his wife, Felicia (Mira Rivera) are intruded upon, by an insistent interviewer, the Young Man (Robert Fitzsimmons). A scratchy radio broadcast announces that there has been a rash of assassinations of men named Alfred Nossig. The Young Man will lead us on an odyssey in his attempt to discover and perhaps capture the real Nossig. We wonder, who is this Young Man? Is he perhaps, the playwright or another assassin, Nossig’s grandson or even Nossig himself as a dybbuk? We will never know for sure. Indeed, his quest for Nossig is labeled meshugenah. We agree even as the audience is drawn deeper into the mystery.

The scenes follow in rapid succession, arguing more than narrating, as they reveal Nossig’s past and the Young Man’s ardent desire to find him and exonerate him. Nossig, alive or dead, is described as “a tragic man in clowns’ shoes.” The Old Man is repeatedly asked, “Are you Nossig?” He responds in a thick accent, “Why waste time on me, I’m nothing! “Noo’sing” Nossig Nothing.”

The words begin to blur in meaning, becoming interchangeable, to absurd proportions. We hear a garbage truck making its way down the street and the Old Man and his wife rush to throw out the trash. “It’s nothing” as the Young Man realizes it is Nossig’s complete works. “How can I manage to forget him… to erase his name.. it’s nothing.” They struggle and the garbage truck moves on. The memory of Nossig is persistent.

The quest shifts to Haifa and the living room of Nossig’s sister-in-law (also played by Mira Rivera), a therapist who is obsessed with role reversal, aromatic therapy, and a nagging aversion to direct answers. She is alternatively coy, aggressive and evasive. She also has an impressive collection of Nossig’s works, beautifully bound in black leather. Except, as she explains, “After Nossig was shot in Warsaw, I had all his books rebound with blank pages, so you can write his plays now just using his titles. Who would know the difference?” Absurd
irony and sarcasm push us further and further from knowing anything certain about Nossig or his death.

Nossig’s death reverberates from 61 years ago to the present, as the radio again announces that now there have been 36 assassinations of men named Alfred Nossig. Each attempt to forget him, to kill him anew, raises the question as to “why Nossig dropped off the radar screen… why couldn’t he survive his own death? Michelangelo did!” The play raises the perplexing question as to why some people live on and others are forgotten. Exactly how and why do we remember?

The tragic fact that Nossig always remained a contentious outsider – from arguing with Theodore Herzl over political Zionism at an early Basel Convention to a hubristic confidence that he could convince the Gestapo to let Warsaw’s Jews emigrate out of the Ghetto – perhaps earned him the dual distinction of being shot by Jews (and not the Nazis) and then being summarily forgotten. This contentious play stubbornly refuses to forget.

Finally, the three assassins from the distant past arrive to reenact the brutal judgment of the Jewish Fighting Organization. They argue, thrash about farcically and of course have no idea exactly who to kill, since nobody knows who is Nossig. The fact that nobody knows and yet someone must die is tragically contrasted with the Young Man’s statement that, “all I know is Nossig… a Jew from head to toe. The old Jew, not a new Jew…”

We are forced to care deeply about this man because his predicament is shared by many and is equally absurd and terrible. The Old Man grows dejected with constant denial and finally says, “If I were you, and apparently I am, I would call it quits and say kaddish for myself.” Do we really bury and mourn ourselves after all?

“Nossig’s Antics” takes us on a journey to a place where there is nothing (Nossig?) but questions. Along the way, the performances are riveting. Stuart Rudin (Old Man) has crafted a character of unique complexity. Mira Rivera (Felicia) is brilliant in ironic distance and chameleon-like range, and Robert Fitzsimmons’ driven, yet innocent, pilgrim is unforgettable.

The absurd consequence of such a journey is that we are frozen in doubt and forced to discard all previous answers. Lazarre Simckes’ play refuses to vindicate Nossig but, instead, locates his assassination in the realm of the absurd as a final protest against his murder. This tragedy finds consolation in the humor and bitterness of the farce, acknowledging that we cannot change a historical fact. It seems that, much like the Holocaust, we cannot even adequately face it. Simultaneously, the play proves that it is impossible to be rid of this remarkable man, his achievements, and his death. We are stuck with Nossig (nothing?)! 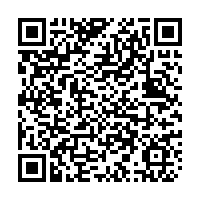