Richard Michelson is an existential, yet guilty, sort of poet. “I admit to a great uneasiness about spending my days surrounded by art, creating art, appreciating art, when very real children are starving, genocides continue and nuclear holocaust threatens,” he told The Jewish Press. “Am I on the front lines? Am I doing the real work that needs to be done? I’ve sheltered no abandoned children. The poet is, in many ways, an egotist of the first order, thinking his or her vision is worth other people’s precious time.”

Michelson cites examples that demonstrate that poets are hardly a particularly sensitive and sensible class: racists and misogynists like Eliot and Pound and the culture-loving Nazis. “Why place art or artists on a pedestal?” he wonders rhetorically.

But Michelson cannot resist the move he calls the “Jewish ‘and yet’ or ‘on the other hand'”: “What would we be living for, if not for the beauty, or the transforming power of art? Food nourishes the belly, but what is life without nourishment for the soul? Amazing to me that the power of art can be so overwhelming!”

Nourishment for the soul is just what Michelson needed. He writes about sitting while watching reruns of Batman on his television, ignoring the ringing telephone, while, unbeknownst to him, his father was murdered. “And so I’m laughing, mostly out of boredom, but still, laughing,” he writes in the poem, “Counting to Six Million,” while his father “lay dying, gasping for breath in some dirty gutter, gunned down for a half-empty briefcase, a gefilte fish sandwich, a New York Post which the next day would have his own picture on page 28 – one more dead Jew.”

Michelson’s poems in Battles & Lullabies often center on his father. His father gift-wraps the garbage (he says “Bee-you-tee-full” in his Brooklyn accent) so that unsuspecting thieves become involuntary garbage men. When his father says “Business was never so good,” he simultaneously means “it’s never been good,” “it’s never been good enough,” and “it’s never been better.” And in a poem called, “I Wish He Had Died Then, His Body,” Michelson laments not being with his father during his last breaths. “I wish he had died then, his body in my arms, instead of dying alone in the street, my telephone ringing like my daughter’s first cry.”

Poetry is often about networks of meaning that transcend literal content. Emily Dickinson famously referred to a fly’s “blue – uncertain stumbling Buzz.” In the realm of literalness, a fly buzzing is as equally certain as uncertain, and as blue as it is green or any other color. And yet, if considered from a different perspective (a poetic one), there is something uncertain and stumbling about a buzz, and perhaps even blue. It that sense, there are also grounds to compare the sound of a child’s crying and a telephone announcing a father’s death; a sense of hope and continuity embedded within a disaster.

“In many ways, what I am trying to do in much of my work is figure out how I can reconcile my own personal griefs with historical realities,” Michelson said. “How can my father’s death, so important to the course of my life, not even be a historical footnote, and how it must pale against the overwhelming reality of the number of Jews murdered in the Holocaust, (and throughout time)?” Although Michelson wonders how people can continue to love after tragedy, “I have fallen in love, even in the darkest hours. How unbelievable is that, and how can we hold both tragedy and happiness within ourselves? Can love shelter us from terror? The answer is far from simple.”

Love became Michelson’s ticket back to Judaism. He describes himself as “deeply connected to the Jewish historical soul,” although he grew up with “little knowledge of that history.” He married outside the faith, but his wife converted, and “it was she who led me back.” Michelson is a writer not only of poetry books, but also of children’s books. His most recent book is Across the Alley (Putnam Publishing). He also owns the R. Michelson Galleries in Amherst and Northampton, MA. Although I suggested to him that he bring his visual eye into his poems (which often employ very sharp and detailed images) Michelson denies any such skill. “I do not find myself overly drawn to visual metaphors; and in fact I wish it was a bit more of a crutch that I could rely upon. I have a good eye for painting but I do not have a painter’s eye, and I tend to think less in visual metaphor than I do in story or character.”

In a poem entitled, “The Jews that We Are,” Michelson further subjects himself to the microscope. “A generation after the Holocaust and I know no Hebrew. No Yiddish. No Torah. I fast only on the Day of Atonement,” he writes. “I am a Jew a generation after the Holocaust. Poorer, my grandfather says, without a past than he, who has no future.” (Readers who can give Battles & Lullabies the time it deserves will notice an almost Joycean self-referential framework, where Michelson’s grandfather’s comment refers back to an earlier statement where his son cynically questions his father’s poverty.)

Via e-mail, Michelson elaborates on this guilt. “There is guilt in everything!” he says, explaining that he feels uneducated about Torah language and wishes he could quote from the Torah effortlessly. “What exactly is a secular Jew, or a Jew with so little knowledge of the basic tenets?” Michelson uses his writing to explore the “dissonance that lives within myself and many of my generation.”

Dissonance does not offer much in the way of answers. But even if it did, it would be as deceptive as gift-wrapped trash. “Would you still love me, I asked my father, if instead of fighting my own battles, I deserted, conscientiously objected, sat on the sidelines writing, without even once harnessing the power to revise my life like words on a page?

“Would you still love me, G-d asked my grandmother in the reception hall before His grand recital, if I wiped out your entire family, let’s say all at once, leaving only one self-involved American tributary to tell the tale?”

But as Michelson’s grandmother explained to him, life is not about poetry – “never was, and was never meant to be.”

Menachem Wecker is a painter and editor living in Washington, D.C. He welcomes comments at mwecker@gmail.com. 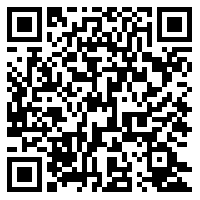