In the Sept 15 issue of this magazine, several pages were set aside for testimonials from various contributors regarding Hashem’s control over the world.  They were printed under the heading, “Recognizing His Kingship.”

The writers were of one mind in expressing their total recognition, acceptance and yielding to Hashem’s will in every aspect of life – the good, the bad, and the downright horrific – viewing whatever they experienced, both joy and suffering, as being ultimately for their good, an attitude attesting to unfiltered emunah and bitachon, faith and belief.


One letter in particular, submitted by a participant of a shiur whose lecturer was extremely ill, described the unequivocal embracing by a young mother of her debilitating, ultimately fatal disease with joy. Temmy, who was diagnosed with Lou Gehrig’s disease (or ALS), declared, “I am in such a happy place right now,” from her wheelchair. “This is exactly where Hashem wants me to be.” The writer states that Temmy’s message was clear: “Everything that happens to us is straight from G-d. And it’s all for our good.”

Honestly, I find this statement mind-boggling on two opposing levels: while I am in awe of Tammy’s deep faith and total trust that Hashem put her in this very dire situation for a good reason – as far as she is concerned, for her ultimate benefit – I am also greatly disturbed by what I feel is an underlying albeit totally unintended negative message: that people who are experiencing extreme trauma and hardship and are not okay with it and may therefore be somewhat lacking in their Yiddishkeit.

I do anticipate that many people who read the article about Temmy will react in a way that will enhance their life. It will give them perspective on how blessed they actually are:

“How can I complain about my frequent migraine headaches, or my parnassah issues, or the fact that my daughter is an older single, when this young mother woman has it so much worse, and is b’simcha?”

Temmy’s extreme illness and incapacitation at such a young age can clarify people’s perception of the good in their lives and that can lead to appreciation, hakarat hatov, and a more positive outlook on life.

However, some of them may berate themselves for being weak in their emunah, “Why can’t I embrace my problems and feel positive about them like Temmy?” Thus, in addition to the chronic sorrow and frustration that is their reality, there is the mortifying guilt that somehow they are lacking as a Torah Jew if they dare complain about something difficult, or if they feel cheated or deprived of a basic need or ability.

Some people reading about Temmy may feel inadequate or ashamed or view themselves as lacking faith for even having a moment of self-pity. After all, this is the matzav – predicament, Hashem wants me to be in and I have to trust Hashem that it’s for my true benefit!

Furthermore, it’s not a stretch to walk away with the very unfortunate conclusion that since whatever challenges and harsh reality we are experiencing is a sign of Hashem’s great love for us and is for our ultimate growth, there is no need to daven, invalidating the necessity of tefillah! Why plead to Hashem to change our reality when it’s for our own good and He will judge when the status quo should change?

Temmy, who leads the shiur, proclaims to everyone that “this is exactly where Hashem wants me to be.”  One can come to the conclusion that saying Tehillim, or praying for a change in our painful emotional or physical situation goes counter to what Hashem wants and you should refrain from praying. Why pester Him with tefillot? He is the Master of the Universe and knows exactly what is going on in your life, and if He deems that there be a change, He will orchestrate it.

Is it not chutzpahdik that I don’t fully embrace the reality He has designed for me and when I ask for a change am I implying He made an error?

Should you be riddled with guilt and wonder if you are an apikores for getting angry, depressed or saturated with grief and despair for the painful situation you are in and instead of welcoming it you pray and scream and cry out for immediate relief?

No. Hashem does not want us to passively live our lives in misery.  We were gifted with tefillah for a reason.  Hashem gave us the right to storm the gates of heaven with an avalanche of requests, even demands. Followers of Chabad are not shy about strongly expressing, “We want Mosiach now!”

Chana, the mother Samuel HaNavi, davened non-stop for a child. She wasn’t happy with the status quo. She didn’t proclaim, “My being barren is Hashem’s will, and it’s all good. I accept it.” Nor did she feel her emunah was lacking because she wasn’t elated with her God-given situation. Nor did Rachel Imeinu accept her lot b’simcha.  She didn’t accept the childlessness that obviously was Hashem’s will, instead crying to Yaakov, “Give me a child or I will die.”

The tzaddik Amram who was zoche to be the father of Aaron HaKohen, Moshe Rabbeinu, and Miriam, the ancestress of the House of King David and the Moshiach, did not accept and make peace with the intense, extreme suffering of the Israelites in Egypt.  Amram must have known that the first mitzvah given to mankind was to multiply, to have children. Yet he divorced his wife and encouraged the people to emulate him, so that children would not be born into slavery. Unlike Temmy, he didn’t feel that this was exactly where Hashem wanted the people to be in and keep quiet. Nor did Bnei Yisrael adjust to their excruciating existence. As we read in the Haggadah, “They cried out. And Hashem heard them.” Hashem did not view their outspokenness as rebellion against His will.

It is awe-inspiring that Temmy accepts her extreme suffering and debilitation with such love for Hashem.  She is on a lofty madraiga of faith and belief that few people are capable of.  But it is not a poor reflection on the individual who is miserable who protests against the bitter reality he or she is experiencing.

I believe Hashem wants us to seek Him out, to daven and beseech him for relief and succor, to ask Him to change a painful reality.

Ironically, both acceptance of Hashem’s will and non-acceptance of His will through intense supplication, appeal, and entreaty that He change our reality are both ultimate expressions of pure emunah and bitachon. 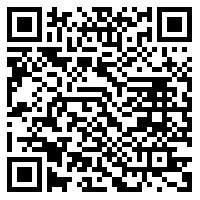