Let’s face it, the words “cool” and “Gemara” don’t really go hand in hand. In fact, they probably aren’t meant to. But like it or not the new and improved ArtScroll app has made Gemara as cool as can be, thanks to the tech wizards at RustyBrick.

It was less than a year ago that Talmud study was revolutionized by the ArtScroll app. The designers at RustyBrick were hired by ArtScroll to bring their Talmud-made-easy Schottenstein editions to your tablets and phones. The app allows users to study the Talmud in a variety of formats (e.g. split screen, free flowing text, classic Vilna layout), highlights segments in Hebrew when the corresponding English translation is touched, and is loaded with in-app hyperlinks to footnotes, commentaries, and annotations. To date, content on the app (sets, volumes, and single pages) have been downloaded a whopping 9.5 million times! And now the ArtScroll app is following in the footsteps of cinematic history by implementing two new upgrades: 3D and color.


Presently only available for the current Daf Yomi mesechta (Eruvin), the new 3D technology takes the study of Talmud to a never before seen level. Just by touching part of the screen one can access 3D images that could be available in traditional print. This is consistent with general goals of ArtScroll’s Wasserman Digital Initiative – to harness the power of the digital age for the benefit of Torah dissemination. ArtScroll is discussing the possibility of including 3D images in other tractates where it would have obvious value with the tractate of Succah being a strong candidate.

Another excellent new feature is the app’s color-coding. By assigning different colors to the various parts of the Talmudic breakdown people can visualize the logical flow of the Gemara. The technology involved in implementing the color-coding is very complex and is deceivingly simple when looking at it. However, it took an entire year with teams of people working on it for the upgrade to operate successfully.

One critique of the app has been that it can be difficult for less tech savvy users to use to its full potential. ArtScroll is aware of this and is working on tutorial videos and a help system so that those who are less familiar with this technology will understand the power of the app and the ability to personalize it to their learning style and needs.

Because of obvious limitations due to Shabbos and Yom Tov, good ol’ paper Talmuds are in no danger of going out of print, but with an Android version of the app coming this summer, integrated links to direct Tanach verses coming out, and activation of a Rambam commentary database, learning Gemara via phone or tablet just might be the preferred option in Talmud study for many people. 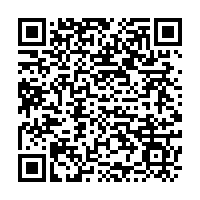