Siona Benjamin is a most unusual artist determined to recast Jewish art as a dynamic, cross-cultural phenomenon.  At first glance, she seems more at home in the art of the East and yet manages to forge her visions into our consciousness regardless of our cultural orientation.  Her works are deeply influenced by her personal experience as an Indian Jew, raised and educated in the predominately Muslim and Hindu culture of Bombay, India and yet fully savoring the contemporary American culture that she has made her home.

Siona’s work is driven by Torah narratives, especially of women, that are inextricable from her personal experiences.  Her Bene Israel Jewish family inculcated a deep sense of Jewishness, even while she was educated in the rich cultural diversity of Catholic and Zoroastrian primary schools within the predominant Hindu and Islamic culture of Bombay.

This background was in many ways typical of the Bene Israel because of their accepted place within the Indian Hindu caste system.  They did not experience anti-Semitism and were simultaneously fully absorbed into Indian society and yet, because of the caste system’s intermarriage prohibitions, were kept culturally distinct. According to Dr. Shalva Weil of the Museum of the Jewish Diaspora in Tel Aviv, this experience is unique among all contemporary Jewish communities.

One can well imagine the cultural dislocation Siona experienced as a Jew not quite fitting in the polyglot Indian society, a visual artist in Jewish society and as a South Asian woman in Midwestern America where she received her graduate college education.  Israel wasn’t much more comforting again, as an outsider and witness to Jewish/Muslim hatred that was largely unknown back in Bombay.

All of this was simultaneously liberating and daunting as she set down cultural and artistic roots.  Her journey to uncover her artistic self has been fascinating, as she finds inspiration in the disparate styles of Indian/Persian miniatures, Byzantine icons and Jewish and Christian illuminated manuscripts.

A particularly extensive series of works (2006 – 2008) is collectively titled “Finding Home” and is dominated by symbolic portraits of Biblical women that address, on one level, many aspects of Siona’s complex background and subsequent experience. One image is Tikkun ha-Olam and is based on a conflation of Hebrew manuscript illuminations and the image of an Indian multi-limbed divinity in the shape of a menorah.  Under Benjamin’s guidance cultures morph and blend into hybrid amalgamations.

Within the same series there are marginalized Jewish and non-Jewish women: Dinah is seen floating above a languid landscape entwined in a red fiery cloth that evokes her terrible fate; Tziporah is violently clutched in the air by a euphonious bird echoing her encounter with the “bridegroom of blood” and finally an amazing image of Vashti, forever the outsider looking into the palace that she had every right to possess.

The revealing title of last year’s exhibition at the Handwerker Gallery at Ithaca College; “Blue Like Me” summarizes Siona Benjamin’s approach to her subjects.  She states that, as an Indian Jew, she is ” a colored Jew,” which has subjected her to negativity and racism from other Jews.” (Catalogue essay by Cheryl Kramer, “Blue like Me.”)  Beyond this, her radically different cultural background automatically gives her outsider status within the Jewish community. These elements are always present in her choice of subjects, the mini-narratives she weaves and the fact that, almost all her figures are blue- skinned much like some Hindu divinities.

The scope of Siona’s explorations is impressive as she depicts the myriad women of the Bible, each of whom she subtitles Fereshteh (“angel” in Urdu).  Miriam is seen in at least three versions; one as a traditionally-clad Indian woman trudging along with a suitcase, perhaps leaving Egypt, another Miriam is terribly sickly and surrounded by nightmarish demons suggesting the punishment of tzara’as and finally, a vision of her as an Islamic Persian angel tragically caught in a spider’s web.

Tamar, Asnat and a double portrait of Rachel and Leah are rendered in fascinatingly complex details while, not surprisingly, there are at least three Pop Art inspired versions of the grand feminist rebel Lilith.  In another Lilith she is seen as an Islamic woman dressed in striped concentration camp clothes watering the ground filled with budding embryos.  Siona exploits her status as an “outsider” to view midrashic figures from as extreme a perspective as possible.

A triptych of Esther re-envisions the ordeal that Esther had to endure as a secret Jew in the Ahashverosh’s court by presenting her as Hear No Evil (Pilot’s Helmet), See No Evil (Blindfold) and Speak No Evil (Gas Mask), each attribute resonating with one aspect of a Jew’s experience in modern Israel.  Until now, we have never imagined Queen Esther through this kind of contemporary political lens.

While the vast majority of Siona Benjamin’s images are of women, the few depictions of men are equally arresting, especially since all these images are of female figures in the guise of male characters.  A triptych of Ishmael, Abraham and Isaac brings these Biblical figures boldly into the modern world.  Ishmael is seen as a flying Persian warrior, blindfolded and threatened by arrows and spears from all directions.  Abraham is leading a white ram against a background that seems to be raining blood.  Finally Isaac is stretched out in concentration camp clothes, flames rising from behind him as tortured Abu Ghraib prison figures prepare to lift him into their realm.  Grim, shocking and contemporary, Siona’s interpretations rivet the imagination and challenge traditional understandings.

Siona Benjamin’s Joseph seems to be an equally iconoclastic image depicting him turning back toward us to reveal his elaborately ornate coat.  It is curiously drained of color allowing us to see many scenes of animals and men in violent struggle.  Joseph’s blue face stares at us, passive and a bit defiant while he opens the front of his coat to reveal that it is lined with knives ostensibly for sale.  The figure is surrounded by four Persian angels and five giant daggers.  In the background, wheat fields summon both his prophecy and his success at managing the Egyptian economy in time of famine.  A spilled glass of blood red wine completes the symbolic narrative.

Perhaps more than most of the images reviewed here Joseph actually echoes many traditional interpretations of the Biblical figure.  Joseph’s feminized face reflects the midrashic understanding that he was exceptionally good looking in a captivating way especially for Potiphar’s wife – as the midrash tells us, “painting his eyes, curling his hair, and walking with a mincing step;” Genesis Rabbah 84:7; 87:3.  The daggers surrounding him may indicate the deadly malice his brothers felt for him while the Persian angels easily connote the Divine protection he surely benefited from.

Siona Benjamin’s work establishes a singular place in contemporary Jewish art, forcefully demanding a multi-cultural perspective of Torah, Jews, Judaism and women.  Her work forces us to radically broaden our horizons beyond the Middle East, Europe and America and very likely engineering a confrontation with the Islamic East within our very familiar Torah narratives.  Given the crisis between Islam and the West, it might seem that her art is a first tentative step towards a common ground. 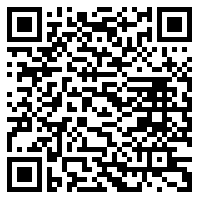