Joe DiMaggio, Phil Rizzuto, Mickey Mantle, Yogi Berra, Whitey Ford, Thurman Munson, George Steinbrenner – these are just some of the magic names Marty Appel has dealt with and written about.


For more than 40 years Marty has had an ideal view of baseball history and some of its main characters, first in his role in the New York Yankees public relations department and later as an author and head of his own public relations firm.

Marty Appel as Yankees PR director in the mid-1970s

I knew Marty from the baseball beat decades ago, had a Shabbat meal with him at last year’s Yankees fantasy camp and visited his bright, tastefully decorated midtown Manhattan office/residence a fly ball away from Central Park.

Cohen: We spent some time together at the Yankees fantasy camp in Tampa. You mentioned that you visited George Steinbrenner in his home office. What did you talk about and how would you define the state of his health?

Appel: He’s quite changed; he used to dominate the conversation, this time I did. But he knew me and we had a nice chat about his early days when he first bought the team. Beyond that, I can’t speculate, not being a physician.

The Yankees hired you to answer Mickey Mantle’s fan mail and you were named public relations director after a couple of years. If memory serves, you were the youngest man to hold that title in the major leagues. How many years did it take you and how long did you hold the title?

You left the Yankees prior to the 1977 season. Looking back, are you sorry you didn’t stay through the season as the Yanks won the World Series and you would have earned your first ring?

We did get rings for the ’76 American League championship, thank goodness. I would have loved to have won a World Series ring, but I was satisfied with my tenure, during which we returned to the World Series, opened a remodeled stadium, and drew two million fans. All good memories.

You had to deal with many Yankees icons such as Yogi Berra, Joe DiMaggio, Whitey Ford and Mickey Mantle. Did some surprise you as being nicer than you expected – or, on the other hand, not as nice?

I didn’t have any disappointments with people. I didn’t have a single one of those Yankee legends – I’d add Ellie Howard in there – who didn’t treat me great. A lot of people thought I’d be disappointed by Joe D., but he too was always nice to me. I guess when you are doing PR for a team, the sunny side of your personality is always on display, so I connected well with almost everyone I encountered.

My favorite manager when I started on the baseball beat in the 1970s was Ralph Houk, who managed the Tigers in those years. We had many long conversations in the dugout. But you knew him earlier as a Yankees manager and the head of baseball operations in the front office. What kind of guy was he and why did he leave the Yankees after four decades with the organization?

He left because the new owner [Steinbrenner] wasn’t as “hands off” as he was used to, and he did have the Tigers offer in his pocket when he resigned. We all loved Ralph, he was like the definition of what you’d want a manager to be. It was a sad day when he left, but the fans had turned on him by then, and were blaming him for those mediocre seasons. I guess it was time to go.

You went on to responsible positions and came back to Yankee Stadium as producer of Yankees television broadcasts. Who were your favorite announcers to work with?

I loved the team of Phil Rizzuto, Frank Messer and Bill White. Good men, all of them. Rizzuto really ran the show, I was along for the ride. But that was okay; he was a legend, a terrific guy, and great fun to travel with. Later on, Bobby Murcer was a special part of the team, being a good friend and a skilled announcer as well.

Your latest book, Munson: The Life and Death of a Yankee Captain, is your 18th. My favorite, though, is your personal story, which you did in 2001 – Now Pitching for the Yankees. I liked it because I met almost all the people you wrote about and it gave me more insight to their personalities. What was your favorite book and what’s your next project?

I guess if someone gives you a chance to tell your life story, and it’s well received, that’s very flattering stuff, so Now Pitching would get the nod. The Munson bio was a chance to get a “do-over” on his autobiography, which fell short of telling the whole story. I was glad that chance came along. I’m currently writing a full narrative history of the Yankees, 1903 to the present, which will come out in the spring of 2012.

Every time I send my column to The Jewish Press I think of you because of the large picture of Washington Park on your office wall. Washington Park was where the Dodgers played through 1912 prior to Ebbets Field. The site now serves as a Con Edison storage yard but most of the exterior outfield walls still stand and it happens to face the building The Jewish Press operates from. Why a picture of a Brooklyn ballpark and not an old Yankee Stadium view on your wall?

I was born in Brooklyn and I just thought it was a great period piece. Not everything in my home is Yankees. I have a C.C. Sabathia hand puppet in an Indians uniform. And … well, you’re right, everything else is Yankees.

You did PR for the defunct Israel Baseball League and it resulted in your first-ever trip to Israel. What did you think of Israel?

It was a fast two weeks of intense business operations, launching a league. I stayed in Tel Aviv and took one day to visit Jerusalem, thank goodness. I learned that Israelis take business very seriously, not a lot of humor in their business days. No small talk. We just went and got things done. I’d love to go back sometime when I don’t have a demanding business agenda. 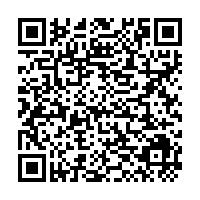