One-hundred years ago, in 1919, America’s mood turned upward. World War I had ended the previous November, and many of the four million who were mobilized for the war had returned home. The casualties, though, were enormous: over 116,000 died from wounds or illness, and close to 204,000 were wounded.

The Jewish population of America in 1919 topped just three percent; however, almost five percent of those serving in the armed forces during the war were Jewish. Eighteen percent of the uniformed Jews were volunteers, above the national average.


Jews also participated in the national pastime, baseball. Al Schacht grew up in the Bronx and often walked across the bridge over the Harlem River to the Polo Grounds where he sold peanuts. Schacht, who would later gain fame as an entertainer, often tooted his own horn. While pitching in the minor leagues, Schacht targeted the Washington Senators as the team that needed the most pitching help. Every time he won a game, Schacht sent a newspaper clipping to Senators’ owner Clark Griffith, signing the accompanying letter, “Just a fan.”

As the season wore on, Griffith’s curiosity led him to Jersey City to scout the pitcher he’d read about. Griffith arrived in time to see Schacht pitch his 10th shutout of the season and signed the 26-year-old pitcher to a big-league contract.

Erskine Mayer, the first Jewish pitcher to win 20 games in a season (he won 21 games for the Philadelphia Phillies in 1914 and 1915), had a 5-3 record for the Pittsburgh Pirates when he was dealt to the Chicago White Sox during the 1919 season. Mayer would win one game and lose three for the ChiSox, who were on their way to the American League pennant, and pitched a scoreless inning during the sixth game of the World Series against Cincinnati.

Mayer had no idea that some Sox players had accepted bribes from gamblers to throw the Series, which became known as the Black Sox scandal and led several of his former teammates to be banned for life from organized baseball.

When newspapers covered the scandal to fix the World Series, Mayer’s revulsion prompted him to retire from the game that had become tainted. Only 30 years old, Mayer took his eight-year major league career record of 91-70, 2.96 earned run average, to Los Angeles and never played pro ball again.

Across the ocean, pogroms in Ukraine, Poland, and Hungary continued and intensified, while Russian abolished Jewish institutions in 1919. Businesses and homes of Jews were targeted for destruction, leaving thousands dead, injured, and penniless.

President Woodrow Wilson sent a mission in September 1919 to investigate atrocities against Jews in Poland and Russia. Almost immediately upon entering Minsk, they became eyewitnesses to a pogrom resulting in the death of 31 Jews and the destruction of 500 homes and shops. Five children were murdered, and scores were wounded and mutilated.

Rabbi Nathan Krass of New York spent three months touring parts of Europe as a representative of the American Jewish Relief Committee to help alleviate the Jews’ suffering. Rabbi Krass was well known in many cities in America and sent a letter to Jewish newspapers that stirred emotions.

“When the people heard that I was from the United States, they crowded around me, trying to kiss my coat and begging me to ask my country to keep them from starvation,” Dr. Krass wrote.

“I saw hundreds of orphans on the streets, wasted children who were either too weary to cry or who cried as grownup people do, turning away their faces to hide their tears. I saw thousands of starving mothers who were desolate, not on their own account alone, but because they had no food to give their children. I saw people living on one cup of soup a day who saved some of that to give cripples who could not go after their own.

“There are thousands and thousands of starving Jews in Rumania without shoes, almost without clothes. In Vienna, alone, there are between 30,000 to 40,000 refugee Jews, living on the plate of soup and the piece of bread that they get every day from the Jewish relief stations. They cannot yet return to their homes.”

While Jews were worried about relatives and fellow Jews in Poland and Russia, they failed to see the growing menace in Germany. Berlin was being flooded with anti-Semitic literature, as magazines, weeklies, and monthlies carried numerous anti-Jewish articles. The situation in Hamburg was worse, as leaflets were distributed urging gentiles to boycott Jewish establishments.

In 1919, 30-year-old Adolf Hitler was making anti-Jewish speeches in Bavaria. In September of ’19, Hitler wrote that Jews were the “tuberculosis of the peoples,” and called for a nationalist government to remove Jews from Germany. 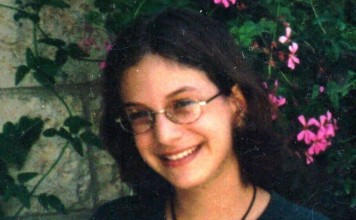 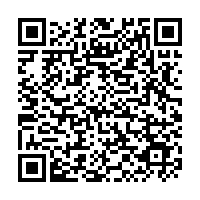