One hundred years ago in 1921, Babe Ruth was the greatest player in baseball and rapidly on his way to becoming the most popular man in America. Even without radio and television at the time, the legend of The Babe was taking hold.

Ruth was only 19 years old when he broke into the major leagues in 1914 as a pitcher with the Boston Red Sox. He quickly became one of the best pitchers in the game and a better hitter than most. Management decided that Ruth would be more valuable to the team playing every day and helping the team score runs instead of trying to prevent runs every fourth day as a pitcher.


Ruth became a Red Sox regular outfielder in 1919 and batted .322, and his 29 home runs led the league. Dealt to the New York Yankees before the 1920 season, The Babe quickly became the talk of the town and darling of Gotham’s numerous newspaper scribes, on his way to batting .376 with 54 home runs. No player in the major leagues even reached 20 that year.

At the time, the Yankees were tenants of the popular National League’s New York Giants and playing their home games in the Giants’ ballpark, the Polo Grounds. A hundred years ago in 1921, Ruth even bettered his stats of the previous season as he batted .378 and slugged 59 home runs, far more than any player in the major leagues. Ruth set a major league record of driving in 171 runs that season. His RBI total meant that he knocked in more than one run per game as the season consisted of 154 games at the time.

Fans were flocking to the Polo Grounds to see Babe Ruth. The National league Giants weren’t happy that more fans were attending Yankees games, and the Yankees wanted to cash in even more on Ruth. They started construction on their own ballpark, and when Yankee Stadium opened two years later it would be known as The House That Ruth Built.

As newspaper readers were following The Babe’s on-field heroics, they were also following his off-the-field exploits. His large appetite, charisma, generosity and hospital visits to children were fodder for even more articles.

While Ruth was having his great season, Jewish fans were saying goodbye to popular pitcher Al Schacht. Born and bred in the Bronx where he studied to become a cantor and rabbi, Schacht spent many summer days walking over the Harlem River bridge to the Polo Grounds to watch the New York Giants play, while selling peanuts up and down the aisles. His dream was to be a major league pitcher and he was impressive enough in a tryout watched by big league scouts to be signed to a minor league contract by the Washington Senators.

Schacht was eager to reach the majors as fast as possible and devised a plan. He would pose as a fan and write letters to Senators team owner Clark Griffith, telling him about what a great pitcher he had in the minor leagues. Eventually, Griffith’s curiosity got the best of him and he took a train to Jersey City to see Schacht pitch. Schacht’s chutzpah paid off as he responded with his 10th shutout of the season and Griffith offered him a major league contract. Al Schacht quickly became a fan favorite with his before-game entertainment imitating the mannerisms of other players.

After a not too impressive major league record of 14 career wins and ten losses with a 4.48 ERA, Schacht accepted Griffith’s offer to be a coach and entertainer. Before games he strutted around the foul lines wearing a battered top hat along with a tuxedo and tails over his baseball uniform. Eventually, Al decided he could make more money by booking himself into major and minor league ballparks around the country and logged thousands of miles entertaining the troops during World War II.

After ending his entertainment career, he opened a popular restaurant in Manhattan. Al Schacht died at 92 in 1984 in Waterbury, Connecticut. 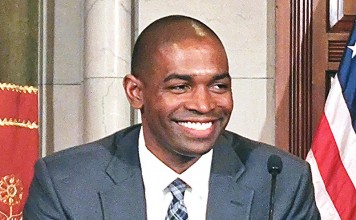