Helping the Orioles lose 115 games was first baseman Chris Davis, who batted an anemic .168 in 470 at-bats. It was the lowest batting average in 98 years among regular starting players with 400 or more at-bats.


In the National League, Milwaukee led all teams with a 96-67 record, but was edged out of a World Series appearance by the Los Angeles Dodgers in the playoffs. The Brewers have an excellent young team and, with a little tinkering, could go all the way next year.

My favorite player, Houston third baseman Alex Bregman, had a good year. In 157 games, Bregman batted .286 with 31 home runs and 103 RBI. Breggie, who has two Jewish parents (just about all the other players tagged by the media as Jewish only have one), is very studious about studying opposing pitchers.

“I want to know if a guy’s tipping his pitch,” Bregman said. “I want to dive into the video room for hours and hours to find something that would help me for even one at-bat.”

Bregman’s teammate, Jose Altuve, my second favorite player, played in 137 games, missing almost a month due to an injury, but still put good numbers (.316 and 13 homers).

The much-heralded Japanese “Babe Ruth” made his major league debut with the Los Angeles Angels. Like Ruth, an outstanding pitcher who had a career 94-46 record with a low earned run average of 2.28 before great hitting turned him into an everyday outfielder, Shohei Ohtani put up fine first-year numbers.

As a pitcher, Ohtani struck out 63 batters in fewer than 52 innings and had a 4-2 record with a pretty fair earned run average of 3.31. In 326 at-bats as a designated hitter, Ohtani batted .285 with 22 home runs. If he stays off the mound and becomes an everyday player, he should be a plus-30-homer man.

The Yankees had some rookies with impressive numbers. Third baseman Miguel Andujar hit 27 homers and batted .297 in 573 at-bats while infielder Gleyber Torres batted .271 with 24 homers in 431 at-bats. Playing under the radar was first baseman Luke Voit, who batted an impressive .333 with 14 home runs in only 132 at-bats for the Yanks in the regular season. Acquired from the St. Louis Cardinals on July 29, the 27-year-old Voit made the most of his chance with the Yankees.

The Yankees didn’t get the 2017 production out of Aaron Judge and Giancarlo Stanton in 2018. Injuries limited Judge to 27 homers and a .278 average, while Stanton went from 59 homers in 2017 to a still impressive 38. Acquiring a good starting pitcher in the off-season would give the Yanks a better chance to go deeper in the postseason next year.

On the other side of New York, the Mets, unlike the Yankees, don’t have the young bats to excite the fans. However, a Mets farmhand led the minor leagues in home runs in 2018.

Peter Alonso powered 36 home runs in the regular season, and added one on the day before the All-Star Game in the Futures Game and another one after the season in the Arizona Fall League. Alonso, a 6-3, 245-pound right-hand-batting first baseman, hopes to be wearing a Mets uniform when the season starts. Lucky for me, the Mets will make some spring training appearances near my winter dugout in West Palm Beach, so I can check him out with some Mets fans from shul.

Let’s talk pitching. The Mets arguably had the best pitcher in the National League in 2018. Jacob deGrom’s 10-9 record was nothing to boast about, but neither was the hitting support the Mets provided for him. He had the lowest earned run average in the major leagues, with an amazingly low 1.70, and also struck out 269 batters in 217 innings. Other National League pitchers who posted good numbers were Aaron Nola (17-6, 2.39 ERA), Justin Verlander (16-9, 2.52), and Max Scherzer (18-7, 2.53).

The National League didn’t have any 20-game winners, while the American League had two. Corey Kluber, of the Indians (20-17, 2.89), and Blake Snell, who pitched under the radar for Tampa, won 21 games and lost only five while posting an earned run average of a dazzling 1.89.

Great numbers, but the number of fans who never heard of him is even greater. 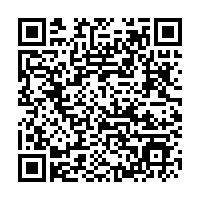