That’s what it was that Thursday afternoon in November when I arrived in Tampa, site of the Yankees Fantasy Camp.


After checking into the Sheraton Suites where the campers were staying for the Monday through Saturday camp, I shuttled to George M. Steinbrenner Field (where the Yanks play during spring training and also the home of the Tampa Yankees, three levels below the major leagues), to join the camp in progress.

I met with Julie Kremer, who juggles many balls in her roles as assistant general manager of the Tampa Yankees and director of the fantasy camp. I also met with Ira Jaskoll. He was a first-time camper last year and brought his own food.

Based on his experience, Jaskoll approached Julie K. with the idea of providing kosher food, designating a room in the hotel for Shabbat services and dining, and moving the big dream game from Saturday to Friday to accommodate future Orthodox campers.

Julie agreed and under her direction “the Rabbi,” as former Yankees players who coached and instructed Jaskoll last year affectionately call him, made all the necessary arrangements for the 2009 camp.

After catching up with Julie and Ira, it was time to partake in the on-field banquet and join the kosher campers. We took the table near second base and Jesse Barfield asked if he could join us. Barfield, an outfielder who played 12 big league seasons and spent 1989 through 1992 with the Yankees, led the American League in home runs with 40 in 1986 while playing for Toronto.

“Do you still do a lot of woodworking?” I asked Barfield. “How did you know that?” he responded. “Because,” I said, “while I was interviewing you about 25 years ago in the visiting clubhouse at Tiger Stadium, I asked you what you like to do when you have free time.”

Former Yankees PR man Marty Appel was the guest speaker and spoke about Thurman Munson, the subject of his latest book. The next day was a bit more humid but still beautiful.

I watched the campers play Friday morning and lunched with the kosher guys and others in a picturesque outdoor pavilion between the stadium and practice fields.

A couple of the spouses of the six kosher campers flew in to be on hand for the big Friday game. Also on hand were Sharon and Jerry Volk, friends of the Jaskolls, there to root the rabbi on and enjoy the sun. Wives and children of other campers also came to enjoy the weekend.

It was a regular stadium atmosphere complete with the national anthem and the great voice of Yankee Stadium, Paul Olden. The campers, who got to dress in the same clubhouse the Yankees use during spring training and play on the same field, now heard themselves being introduced by the same voice on the public address system.

Shabbat exceeded my expectations as the food was plentiful, the portions large, the company excellent and the speakers (Marty Appel, Ron Blomberg and yours truly) interesting. The camp ended on a real high with the closing Saturday night banquet. Awards named after former Yankee greats were given out to campers who excelled in several categories.

All the campers I talked with – kosher and otherwise – said they wanted to come back again. Several already were repeaters and one nice fellow from New York actually has been there for 22 consecutive camps. And listen to this – he’s been to both the November and January camps. That’s actually 44 in a row! And after experiencing a bit of it I can understand why. 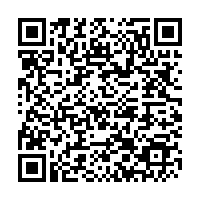