One hundred years ago, in 1918, Jews constituted about three percent of America’s population. However, almost five percent of those serving in the armed forces during World War I were Jews. Eighteen percent of the uniformed Jews were volunteers, which also was above the national average.

A baseball player by the name of Abraham Simon Cohen, a native of Chicago, made his major league debut in 1918. However, to dodge anti-Semitism, Avraham Shimon chose to play professional baseball under the name of Ed Corey.

Corey appeared in just one big league game, as a pitcher for the Chicago White Sox, on July 2, 1918. He gave up two hits and one run in two innings of work and was not involved in the decision of the game.

Bob Berman, a catcher, had a short-lived big league career with the Washington Senators in 1918. Berman caught parts of two games but never had a big league at-bat as he spent most of his time with the team catching pitchers warming up in the bullpen. After drifting to the minor leagues, Berman became a gym teacher in a Brooklyn high school.

Bill Cristall was born in Odessa, Russia, and came to America as a youngster. Baseball helped him to become Americanized and he was good enough at it to have a major league stint with the Cleveland Indians in 1901. After posting a 1-5 record with a 4.84 ERA as part of the Cleveland pitching staff, Cristall went back to the minor leagues, pitching for clubs in California, Toledo, St. Paul, Syracuse, Providence, Montgomery, Memphis, and Toronto.

Cristall left the pitching mound 17 years after pitching for Cleveland to begin a long career as a minor league manager and umpire.

Erskine Mayer, who had an off-year (7-7) in 1917 after two years of winning 21 games, was traded to Barney Dreyfuss’s Pittsburgh Pirates in June 1918. Mayer bounced back with a good year: a combined 16-7 record with a low ERA .

Jake Pitler’s batting average attracted the attention of the Pittsburgh Pirates in 1917. Pitler was born in New York and spent a good part of his teenage years in Pittsburgh’s Forbes Field selling peanuts before becoming a minor league infielder. The Pirates bought his contract and Pitler made his major league debut on May 30, 1917 at Forbes Field, playing second base. Pitler singled, scored a run, and stole a base. He was tabbed as the team’s regular second baseman.

Pitler’s busiest day in the big leagues was August 22, 1918. He played in a 22-inning game won by the Brooklyn Dodgers and had a total of 15 putouts, a record for a second baseman. His big league career ended after he played in just three games in 1918. His career batting average was a lowly .232 in 109 games and 383 at-bats. The 24-year-old right-handed batter, who never hit a major league home run, served in World War I.

An armistice between the Allies and Germany was signed on November 11, 1918. But it didn’t usher in a peaceful period for European Jewry. Thousands of Jews were murdered in Ukraine and many of those who escaped death were robbed and beaten. The situation in Poland was just as bad for Jews. Polish soldiers accompanied by civilians rampaged through Lvov, killing, maiming, and robbing Jews.

The December 6, 1918, Detroit Jewish Chronicle carried a front page report based on a series of cables received by Zionist organizations:

On November 23rd, after all the wine cellars of the city had been looted, the massacres began. At first Legionnaires slew several Jews walking in the streets. Afterward they drove the Jews into their homes and slaughtered whole families. Several families were entirely exterminated. Several hundred men and women who had fled into the synagogues, hoping the Poles would respect these holy places, met death in the flames to which the Legionnaires consigned the synagogues. The number of victims in the synagogues was over a hundred.

The whole Jewish quarter was cut off by the Legionnaires and every house systematically destroyed by fire and bombs. People who fled from the burning houses were driven back by Legionnaires using bayonets. They were either burned or slain.

Jake Pitler was a caring Jew who agonized over the plight of his fellow Jews on the other side of the ocean as he continued his baseball career. He was a minor league manager and eventually was hired by the Brooklyn Dodgers for their minor league chain. The Dodgers brought the 53-year-old Pitler to the major leagues as a coach in 1947 to help Jackie Robinson, who that season became the first African American player in the majors. Pitler, who took off from his baseball duties on Rosh Hashanah and Yom Kippur, stayed with Brooklyn as a coach until after the 1957 season when the team relocated to Los Angeles.

Jake refused to go west with the team and the Dodgers kept him as a scout covering the eastern U.S. The man who played his last major league game 100 years ago died 50 years ago, in 1968, three weeks shy of his 74th birthday. 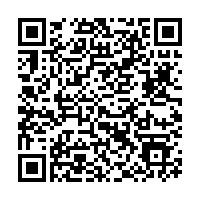