Hopefully, the MLB lockout will soon be resolved, and baseball season can once again get underway. In the meantime, here’s a walk down memory lane. One hundred years ago in 1922, The New York Yankees of the American League were finishing up their nearly decade-long stint as tenants of the Major League New York Giants at the Polo Grounds. The Yanks had departed their wooden ballpark in upper Manhattan with its limited seating in 1913 and looked forward to occupying the magnificent new Yankee Stadium rising in the Bronx on the other side of the Harlem River from the Polo Grounds.

Babe Ruth was missing from the Yankees’ lineup for the first six weeks of the season after Commissioner of Baseball Kenesaw Mountain Landis suspended him for taking part in a 15-game barnstorming tour. (Scheduling ball games in towns around the country after a World Series was a way for participating players to make some additional money while far-flung fans got a chance to watch the big leaguers they read about in newspapers in action.) During his suspension, Ruth made up for the loss of income by appearing in vaudeville theaters, giving a little baseball talk and answering questions from the audience. Commissioner Landis eventually rescinded the policy of suspending players for barnstorming in the future after letters from fans and newspaper writers made the case for giving small towns around the country a chance to see their idols. Plus, suspending players during the season was not good for attendance.


Once he was back, Ruth managed to hit 35 home runs in 110 games, down from 59 homers in 152 games in 1921. He helped lead the Yankees to the 1922 pennant over the St. Louis Browns by one game. The Browns had first baseman George Sisler, who hit an amazing .420 batting average. The National League St. Louis Cardinals shared Sportsman’s Park with the Browns and had their own superstar in second baseman Rogers Hornsby, who batted .401 and hit 42 home runs. St. Louis fans were lucky to see stars in both the American and National League and to have the biggest stars outside of Babe Ruth in their own city.

For the second consecutive season, the New York Giants and New York Yankees met in the World Series at the Polo Grounds. The Giants swept the Yanks in four games. Owners weren’t too happy refunding advance tickets sold for Games 5, 6, and 7. Players, on the other hand, didn’t lose anything by it; they only received a share of revenues from the first four games to prevent accusations of prolonging the Series to make more money.

While Ruth, Sisler and Hornsby were the most famous players in baseball in 1922, the most popular fan was Reuben Berman. There was an unwritten rule that required fans attending games at the Polo Grounds to return balls hit into the seating areas, as balls belonged to the home team. There were other ballparks around the country that followed the same ritual of ushers coming to retrieve these errant balls. In 1921, 31-year-old Berman caught a foul ball at a Giants game but refused to give it to the usher approaching to retrieve it, tossing it in the other direction instead. Security ushered Berman to the Giants’ office, where he was questioned and threatened with arrest. Booted from the ballpark – at least the price of his ticket was refunded – the Giants fan sued for claims of humiliation and distress and eventually won a hundred dollar settlement.

The Giants decided that the bad publicity wasn’t worth it and from then on allowed fans to keep balls hit into the stands. The new policy quickly caught on in other ballparks around the country, and fans went home with souvenirs and stories from their great catches.

So, think of Reuben Berman the next time you go home with a baseball that magically ended up in your hands. 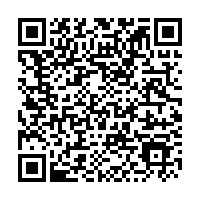