According to several Jewish-oriented publications and sites, there were 15 Jews in the major leagues during the 2013 season.

However, the definition of Jewishness employed by those sources includes players with only a Jewish father.

More than a third of the aforementioned have only a Jewish father and most never had a bar mitzvah. Of those who are married, only one has a Jewish spouse.

With manager Brad Ausmus and second baseman Ian Kinsler having joined the Tigers, shul-goers in the Detroit area have been asking me about their Jewish roots.

Folks also ask about Oakland manager Bob Melvin. Melvin has a Jewish mother (though he was raised as a Christian).

* * * * * Even though the grass on the baseball fields is darker and less pleasing to the eye, this is a great time of year for watching free agent signings and trades.

Hundreds of millions of dollars are being thrown at star players and some of the cost will be passed on to fans through higher ticket prices.

Here in Detroit, the makeup of the Tigers has changed since the World Series via the trade and free agent route. But after all the changes, the fans are wondering how long the Tigers can keep slugger Miguel Cabrera. The American League’s Most valuable Player has two years remaining on his present contract and is eligible for free agency after the 2015 season. The Tigers want to sign him to a long-term contract before the 2014 calendar runs out.

In 2013 he was having a monster season through August. On the final day of the month his batting average stood at .358 with 43 home runs and 130 runs-batted-in.

Fifty home runs and 150 RBI were expected by the end of September, but a lingering groin injury robbed him of power and bat speed and Cabrera only batted .278 in the season’s final month, with one home run and seven runs batted in, to finish 2013 with a .348 batting average, 44 home runs and 137 RBI.

Cabrera missed the Triple Crown as Baltimore Orioles first baseman Chris Davis hit 53 home runs and topped Cabrera’s RBI total by one. Davis, while a good hitter, batted .286, 62 points lower than Cabrera and had the advantage of playing in a ballpark (Camden Yards) friendly to home run hitters.

Robinson Cano earned the big bucks in a new contract because he’s a proven hitter. Over the past five seasons with the Yankees, Cano batted .314, averaged 28 home runs and 103 RBI. He also won two Gold Gloves for sterling defensive play at second base.

Good hitting, but he can’t compare to Cabrera. So it stands to reason that Cabrera’s next contract should top Cano’s. Increased television revenue gives teams more to spend, but it still will trickle down to us when we buy tickets. 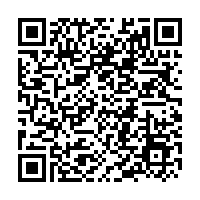