Wartime travel restrictions aimed at conserving gasoline for military use limited the teams’ ability to train in Florida. In 1943, Baseball Commissioner Kenesaw Mountain Landis had actually forbidden training south of the Ohio and Potomac Rivers or west of the Mississippi River. (Landis made an exception for the two Missouri teams, the St. Louis Browns and the St. Louis Cardinals.)


Most teams went a bit south but stayed close to home in the frozen north. The three New York teams didn’t go too far:

1) The Brooklyn Dodgers opted for Bear Mountain, NY, and made arrangements to use the West Point field house at least three hours a day in bad weather.

2) The Yankees chose New Jersey. The Yanks shared the 112th Field Artillery Armory in Atlantic City with the Boston Red Sox in bad weather; when the weather was tolerable, they stayed in their Asbury Park headquarters 17 miles from Lakewood. But fuel shortages were responsible for cold nights in the hotel where the Yankees bedded, and by l944 the club moved all of their spring training activities 60 miles farther south to Atlantic City.

3) The Giants arrived in Lakewood in style, finishing the trip from New York with horse-drawn carriage rides through town. In 1944, two of the Giants’ four Jews were serving in the armed forces. Outfielder Sid Gordon and veteran catcher Harry Danning were in military uniforms while pitcher Harry Feldman and outfielder Phil Weintraub were working out in Lakewood.

(These four Jewish players had made major league history on the last day of the 1940 season, when they appeared in the starting lineup. It was the only time four Jews on the same team were on the field at the same time.)

At the time, the Giants weren’t considered a good team. The club finished last in 1943 and would have a losing record of 67-87 in 1944. As Germany invaded Hungary in March, Saul Rogovin, who would be a top Jewish pitcher in the next decade, impressed player-manager Mel Ott in a Lakewood tryout and was signed to a minor league contract. His baseball journey began while Hungarian Jews were running for their lives.

Around the same time, at the urging of the Jewish Secretary of the Treasury, Henry Morgenthau, President Franklin D. Roosevelt established the War Refugee Board. Politics shaped the president’s decision. Roosevelt didn’t want a public debate on the Senate floor questioning the motives of the State Department for its lack of effort – noted among other government agencies and politicians – to bring Jews to the United States.

The War Refugee Board was able to bring Jews to America and establish camps such as the one at Fort Ontario, NY. However, it was too late for the tens of thousands who had already been murdered by the Nazis because of the policy of Roosevelt appointee Breckenridge Long of delaying, delaying, and delaying – through a plethora of paperwork – any immigration of Jews to America.

As the 1944 baseball season got under way, the Jews of Athens, Greece were deported to Auschwitz. As Jews were being murdered there, 58,000 fans jammed their way into the Polo Grounds on April 30, 1944 to see the Giants play the Dodgers. Phil Weintraub played first base that day and drove in 11 runs as he collected two doubles, a triple, and a home run to help pitcher Harry Feldman crush the Dodgers 26 to 8.

Fifteen days later, the Nazis began deporting the Jews of Hungary to Auschwitz. The American public was aware of the situation in Hungary, and President Roosevelt responded with some tough talk aimed at the Germans, but he didn’t allow American planes in the area to bomb the rail lines bringing tens of thousands to their death.

On June 4, 1944, Rome was liberated. Two days later, American and British troops landed on the beaches of Normandy, France, and the D-Day offensive began. The following month, Raoul Wallenberg left the safety of Sweden and traveled to Budapest with the intention of saving as many Jews as he could. The Swedish businessman and diplomat is credited with saving over 20,000 Hungarian Jews via passports and other means before he was arrested by the Soviets and died in prison. 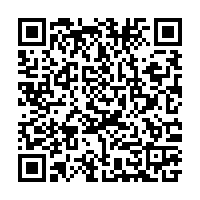