This year the focus is on the return to the Yankees of Alex Rodriguez, who was banned for using performance enhancing drugs, known to followers of baseball as PEDs.

Rodriguez is owed $61 million for the next three seasons of his contract, and management will have to fork over more in bonuses when A-Rod reaches certain milestones. He is six homers away from matching Willie Mays’s 660-career home run mark, which will net him another $6 million dollars.

And Rodriguez is only 61 hits away from reaching the 3,000-career hit mark; if he stays injury free he should reach both of the aforementioned milestones this year, which will generate plenty of media hype and fan interest.

Your guess is as good as mine but I think the Yankees will get their money’s worth out of A-Rod because of his march to career milestones. I expect him to bat over .260 with 20 or more home runs as a designated hitter.

My New York shul buddies who also winter here in West Palm Beach’s Century Village want to catch the Yanks when they come to Port St. Lucie, where the Mets train, about an hour or so north of us.

Jupiter is where we see most of our games, as it’s only 12 miles north. Miami and St. Louis share the nice little ballpark that seats almost 7,000 and there’s either a Marlins or a Cardinals game every day of the exhibition season.

Fifteen teams comprise the Florida Grapefruit League while a like number train in Arizona (aptly named the Cactus League).  Arizona houses all the West Coast teams, the two Chicago teams, the two Ohio teams (Cleveland and Cincinnati), as well as Kansas City and Milwaukee.

Arizona can also boast that all its big league teams have sites no farther than a one-hour drive from downtown Phoenix, and one can go from one ballpark to another in 15 minutes or less.

Florida spring training sites are scattered in cities on the west and east coasts of the state, with Jupiter the closest to Miami Beach (about 90 minutes away). The big news this spring is that the Houston Astros and Washington Nationals will be leaving their old spring homes north of Port St. Lucie and moving south to a beautiful new complex scheduled to open in two years in West Palm Beach.

Needless to say, my West Palm baseball shul buddies couldn’t be happier; the new ballpark with 12 practice fields (six for each team) will be built less than three miles up Haverhill Road from Century Village. I hope to bike there on my three-wheeler. It also means that minor-league Florida State League clubs will also play there when the big-league teams go north.

Speaking of minor leaguers, Seattle Seahawks Super Bowl quarterback Russell Wilson played second base in the low minors in the Texas Rangers chain. Wilson loved baseball but realized it was a harder game to master and the road to the major leagues would be a long one. Wilson returned to college and pursued a football career but he’s taking swings as he visits old pals in spring training.

The Tigers have been wedded to their spring training site longer than any other big league team. This is the 80th year Detroit has called Lakeland, Florida, its spring home. It was early in the Hank Greenberg era that the match was made. 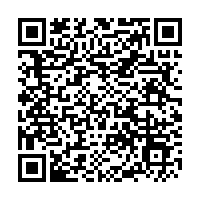