Many readers over the years have asked how I, an Orthodox Jew, got professionally involved in baseball. Over the course of two columns, I will answer this question.

Rewind to 1950. I attended my first major league baseball game that summer at Detroit’s Briggs Stadium (renamed Tiger Stadium in 1961). I was attending Yeshiva Beth Yehudah Day Camp for the first time, and the principal was the regal talmid chacham Rabbi Simcha Wasserman, zt”l, son of the renowned Rabbi Elchonon Wasserman, Hy”d. Reb Simcha wore a vest and a big smile as we marched past his office to the bus.


At the stadium, we sat in dark green wooden seats in the lower left field grandstands. I was familiar with the names of the Tigers players as my father, ob”m, would listen to Tigers games on the radio. The name of the left fielder, Hoot Evers, connected with me, and he became my favorite player.

I saw pictures of him in the sports section of the newspaper delivered to our house, and I devoured any story and box score with his name. He was tall and slim, and had light brown hair, but what set his photo apart from that of other players is that he never smiled.

He was having his best season in 1950 and was among the league leaders in batting, doing better than any of my friends’ favorite players. I often reminded my upstairs friends, the Carlebach boys, famous in later years for being on the staff of Mir Yeshiva in Jerusalem, that my guy was the best player on the Tigers and doing much better than their favorite, Vic Wertz.

I was ahead of the other boys on the block and in yeshiva when it came to baseball because of Hymie, who worked downtown at an outdoor newsstand. He was employed by a Shomer Shabbos man in our shul who asked my father, who worked in the area, to drive him to and from work. In return, my father – and we, his kids – would get comics and baseball publications.

I remember the summer we got our first television. It was almost as big as a refrigerator and had a tiny screen. The first program we watched was “The Lone Ranger.” The actor who portrayed him, Clayton Moore, became my other hero. To this day, my heroes are my father, Hoot Evers, and Clayton Moore.

Evers went on to have a great season in 1950, batting .323, hitting 21 home runs, and diving in 103 runs. It was a great year. Not so much 1951, during which Evers had trouble keeping his average over .200. Evers was only 30 at the time and should have been in his prime, but he finished the ’51 season with a low .224 average and 11 homeruns. How my favorite player could drop 99 points in one year puzzled me and my playmates wouldn’t let me forget about it.

My world was shaken in 1952 when Evers was traded to the Boston Red Sox. The BoSox needed a left fielder as their superstar Ted Williams was serving in the air force, and Evers responded with a .264 average and 14 homers, far below Williams’ worst year.

The following summer, I went to a game between the Tigers and Red Sox to see my favorite player. Evers started the game and, after going 0-3, was removed for a pinch-hitter. It was a blessing in disguise for me as players who weren’t in the lineup at the end of the game were usually the first ones dressed and out of the clubhouse walking to the bus that would take the players back to their hotel.

I stood outside the visiting clubhouse even before the game ended and was armed with a pen and piece of paper. I was in luck as Evers was the first player out. Before I knew it, my skinny little body was looking up at his 6’ 2” frame.

“May I have your autograph,” I heard myself ask politely.

“But you’re my favorite player,” I answered weakly.

I beat it back about 200 feet but kept an eye on him as his teammates came out of the clubhouse and accompanied him to the team bus. I didn’t know it then, of course, but 20 years later Hashem would reunite us and my writing career would be born.

I’ll tell you that story next column. Stay tuned. 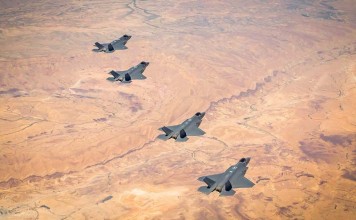 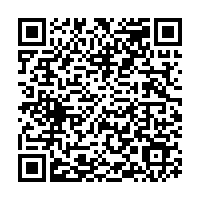