The 2021 baseball season is history, and the most memorable day for me was June 2. That was the day Major League Baseball paid tribute to Lou Gehrig. It was the 80th anniversary of the day Gehrig died and also the date he started his streak of playing in 2,130 consecutive games for the New York Yankees that stretched from June 2, 1925, until May 2, 1939. June 2 will also be celebrated as Lou Gehrig Day in all future baseball seasons.

Gehrig was a superstar through the 1937 season when he clubbed 37 home runs and batted .351. Most players would have been happy to reach his 1938 numbers of 29 home runs (great in those days) and his .295 batting average. Hank Greenberg of the Detroit Tigers, a first baseman as Gehrig was, had a tremendous season in 1938 batting .315, and hit 58 home runs, only two shy of Babe Ruth’s season record of 60 at the time set in 1927.


Gehrig was the talk of the baseball world in 1939. He was only 35 but playing like a man twice his age in spring training and it carried over into the season. Reporters and teammates couldn’t figure out his rapid demise as an athlete. Hank Greenberg was looking forward to the Yankees coming to Detroit to play the Tigers so he could get a close look at Gehrig. He wanted to see how Gehrig handled batting practice and fielding grounders in pre-game practice. Gehrig was only batting .143 at the time, only two singles in 28 at-bats.

Greenberg didn’t know that Gehrig talked the situation over with his best friend, his wife Eleanor, and the two agreed that Lou should retire as a player. Only the Gehrigs knew his career was finished as Lou boarded the train with the Yankees bound for Detroit. When the Yankees checked into the Detroit hotel and went to their rooms, Lou cornered manager Joe McCarthy and said, “I’m benching myself for the good of the team. Nobody has to tell me how terrible I’ve been playing.” Reporters and Yankees teammates didn’t know that Gehrig wouldn’t be playing on May 2 until the lineup card was posted in the dugout.

A puzzled Greenberg recalled that Gehrig didn’t take batting practice that day and went to right field with the pitchers to catch fly balls and get a light workout. Lou’s wife suspected something was wrong with her husband’s health and the couple soon went to doctors in the New York area, which led to a visit to the Mayo Clinic where Lou was diagnosed with Amyotrophic lateral sclerosis, the disease that would bear his name and take his life.

Later in May, the Tigers came to New York to play the Yankees. Gehrig was wearing a Yankees uniform as he was still the team captain, and he would come out of the dugout to present the lineup card to the umpires prior to the game. “He had trouble getting his leg up the dugout steps and it was pitiful to see what happened to him in only a few short weeks,” Greenberg recalled.

Newspapers and radio broadcasts around the country kept America informed, speculating how long Gehrig had to live. The Yankees designated July 4, 1939, as Lou Gehrig Day. It was a scheduled doubleheader with the Washington Senators and both teams lined up along the foul lines after the first game. Yankees management also invited Gehrig’s former teammates, including Babe Ruth, who had retired in 1935.

Rick Ferrell was a catcher with the Senators at the time, and when I worked for the Detroit Tigers, he was part of the front office also. He was a former coach and general manager in the organization and during the 1980s scouted players on other teams for possible future trades. I often asked him about his time in the game from the 1920s on. He recalled July 4, 1939, for me.

“After Lou made the famous ‘luckiest man on the face of the earth’ speech,” Rick said, “he walked by and asked me, ‘How’d I do, Rick?’ I told him ‘great’ as I turned away a bit, as I didn’t want him to see I was crying. Most of the players were. We never played on the same team but we always chatted when he came to bat. He would say, ‘I know you’re trying to break my concentration, but I’m trying to beat you.’ All of the players respected him. There wasn’t a finer player or finer man.”

The Gehrigs went back to their Riverdale, New York, home after the speech and they would host a steady stream of well-known visitors including actor Gary Cooper, who came to Yankees games when he had the chance and became a friend of Lou’s. Cooper didn’t know it at the time, but Cooper would play his friend in the 1942 movie Pride of the Yankees. When Eleanor finally saw the movie she thought it was great and that Cooper really captured her husband’s mannerisms and the relationship the couple had. Eleanor wanted Barbra Stanwyck to play her, but when she saw Teresa Wright in the movie she was pleased.

In her 1977 book, My Luke and I, Eleanor described the last days of Lou’s life. “His breathing became more labored, his pulse grew weaker. I stayed at his bedside, occasionally dozing off during those last few weeks. The heavy breathing continued, only slower and slower, like a great clock winding down. Then on June 2, 1941, suddenly everything was still, and the doctor was at my side. The most beatified expression instantly spread over Lou’s face and I knew the precise moment he had gone.

“His expression of peace was beyond description. A thing of ecstatic beauty, and seeing it we were awe-stricken and not one of us left the room without feeling: There IS a better place than this. Wherever it is.”

“I would not have traded two minutes of the joy and the grief with that man for two decades of anything with another.” Eleanor was an outgoing person but moved to a Manhattan apartment where she spent most of her time. The Yankees brought her to Old Timer days and introduced her from the box seats near the Yankees dugout. She died on her 80th birthday in 1984. All of Lou’s baseball memorabilia was donated to the baseball Hall of Fame in Cooperstown, New York, and she left $100,000 to ALS research and another $100,000 to Columbia Presbyterian Hospital. 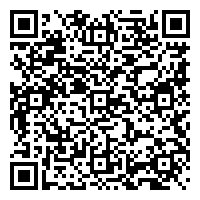