When Mark Podwal showed the galleys for his book “Doctored Drawings” to a former culture editor at The New York Times (he has drawn for the op-ed page for 35 years), he suggested Podwal remove eight drawings with Jewish symbolism. But though seven of them did not relate to medicine, Podwal insisted on keeping them.

“I feel that some of the Jewish images, such as those related to genocide and Auschwitz, can be considered medical subjects,” he said in an interview. “After all, wasn’t it a doctor who often made the selections?”

Podwal also sees many of the drawings on medicine, which do not wear their Jewish faith on their lab coat sleeves, as Jewish nonetheless, due to “the great influence Jews have had on medicine and the humanitarianism inherent in Judaism.” The “War Against Cancer” is one example. The drawing depicts cancer as a crab (its Zodiac form), with a scalpel and a pair of hypodermic needles piercing it. A dropper and pills sit off to one side, while ink drops (like Rorschach tests) perhaps suggest cancer’s spilled blood.

One Jewish doctor, whom the PBS NOVA program called the “Cancer Warrior,” (February 27, 2001), worked out questions about metastases in his mind during Yom Kippur services at the Young Israel of Brookline, Mass. “It was exactly ten o’clock in the morning and … I can remember exactly … we were in the corner,” Dr. Judah Folkman told the PBS interviewer, “I can remember the seat we were in, because suddenly it explained everything.” According to his biography on the Academy of Achievement’s website, Folkman, who directs the vascular biology program at Children’s Hospital in Boston, “was first inspired to become a surgeon at the age of seven, when he accompanied his rabbi father visiting sick members of his congregation in the hospital.”

Folkman is just one example of what many view (or at least joke about) as an over-representation of Jews in medicine. But whether that is statistically true or simply anecdotal, Podwal’s drawings grapple with the complicated overlap of Judaism and medicine in a way that evokes Honore Daumier’s (often biting) cartoons of doctors. Podwal is a practicing dermatologist, and a number of his Jewish works have appeared in these pages over the past few years, including a Seder plate he sold through the Metropolitan Museum store and amulets he showed at the Metropolitan’s Prague exhibit. Podwal has collaborated with Elie Wiesel on several books as an illustrator, and he illustrated Harold Bloom’s recent book, Fallen Angels.

Israeli Tank. By Mark Podwal. Courtesy of the artist.

“Jewish Medical Ethics” (image one) depicts a microscope with a Torah scroll serving as the eye piece. The piece suggests that Jewish ethics and medical research can coexist harmoniously. Indeed, the melding is so seamless that it takes the viewer a second to realize that there is something unusual about this microscope. In “Knowledge,” Podwal again uses the microscope as a symbol for medicine, this time hanging from the Edenic tree under which Adam and Eve walk. The tree is barren and the background an amorphous wilderness, suggesting the microscope is only a tool, which can be used to look at either good or evil. Just because something is discovered does not make it useful or right.

“Megillah” draws upon the custom of unwinding the entire scroll and folding it over before the Chazzan reads it to the congregation on Purim, since the Megillah was composed as a letter (igerret). Podwal draws the scroll with an unraveled scroll depicted on its pages. The scroll-within-a-scroll, aside from being a wonderful postmodern symbol, also resembles a cityscape, doubling as a play on the Megillah’s differentiation between walled and exposed cities. And like many other drawings in Podwal’s repertoire, the illustration references other works in the book, like the first drawing, Alzheimer’s. Podwal depicts that disease as an aerial view of a brain, in which the left side seems to function normally, while the right side unravels into childlike, line drawings that curl around each other with great artistry, but prove lousy as a locus for memory. Podwal employs the same continuous line schema in the Megillah’s continuous lines-walls.

Podwal’s other Jewish content drawings include a star of David encircled by a needle and thread (the thread is actually barbed wire, and the drawing is titled Auschwitz), a concentration camp with a billowing smoke stack at the convergence of four train tracks that form a swastika titled Genocide, Jerusalem inside a rose, and a tank with a menorah as its gun titled Israeli Tank. He chose not to include other works he created for Hadassah Magazine’s medicine issue, including a scalpel engraving the Ten Commandments, a stethoscope dangling from a Torah (instead of the yad), and the High Priest’s breastplate adorned with 12 different color pills rather than stones. He chose to include political drawings in the book upon the suggestion of the publisher, Bellevue Literary Press, and he shortened the title from its initial form, “Doctored Drawings: Visions of Medicine.”

First Do No Harm. By Mark Podwal.

Some might be tempted to dismiss the drawings as cartoons, albeit witty, which have little to say about art, let alone Jewish art. Perhaps Dr. Walter Reich, who first met Podwal as a classmate at the NYU School of Medicine in the late 60’s, best described the significance of Podwal’s work in his introduction to the book: “It takes a doctor who’s partly somewhere else to be able to look at his own profession from the outside.”

In an interview, Reich – a Yitzhak Rabin memorial professor of international affairs, ethics and human behavior and professor of psychiatry and behavioral sciences at The George Washington University’s Elliott School of International Affairs – elaborated, called Podwal “one of the pre-eminent Jewish artists of our time.”

“But in his art on non-Jewish themes – which occupy most of the drawings in this book – Mark is still, in a deep sense, a Jewish artist,” he continued. “That’s because, in the works collected in this book, Mark displays the Jewish inclination to look at himself, and what he does, from the outside. This inclination isn’t confined to Jews, of course, but it emblemizes them: always a bit outside, always worried about how others see them, always worried about how others see them seeing others.”

To Reich, Podwal inspects his profession “in ways that insiders to that profession rarely look at it. He studies it and sees its anomalies, its strangeness, its transgressions, its triumphs, its banalities, its power, its powerlessness, the jokes it plays on others and on itself, and the jokes others play on it. He’s an outsider looking in, and an insider looking out at the outsider looking in. This is genius – ironic, prophetic and quintessentially Jewish.”

Menachem Wecker is a painter, writer and editor based in Washington, D.C. He welcomes comments at mwecker@gmail.com. In the interests of full disclosure, Wecker works in the public affairs office at The Elliott School of International Affairs, where Reich is a professor. 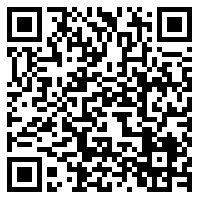