The fascinating image of our first matriarch is the subject of many intriguing Midrashic commentaries, from the moment she is introduced as Avraham’s young bride (Bereshit 11:29, 30, 31) till her death in Parshat Chayei Sarah.

The verse (Bereshit 11:29) that introduces Sarah also introduces Yiskah, the daughter of Haran, giving rise to a Rabbinic interpretation that identifies them as the same person. Sarah was also called Yiskah, Chazal say, because everyone who beheld her “would gaze” (yiskeh) at her beauty (Megillah 14a), an extraordinary gift that she retained till the end of her days (Bereshit Rabba 40:4). According to another Rabbinic commentary, Sarah was so beautiful that all other people “were like monkeys” by comparison (Bava Basra 58a), while another Midrash claims that even Avishag the Shunamite, the archetype of Biblical beauty, never “achieved even half of Sarah’s charm” (Sanhedrin 39b). In a summation of her life, Chazal further elaborate on the theme of 127-year-old Sarah’s physical and spiritual beauty and assure us that she was as pure at the age of one hundred as a seven-year-old and as beautiful as a twenty-year old.


The identification of Sarah as Yiskah is based on the root “sacho” (see) has prompted an additional interpretation by Chazal that, besides beauty, Sarah possessed the gift of prophetic “vision” which enabled her to “see” by means of the Holy Spirit (Megillah. 14a). As a matter of fact, Sarah’s visionary gifts surpassed even those of Avraham (Shemot Rabba 1:1).

Our Sages teach us that the Almighty heard Sarah’s prayer for deliverance from Pharaoh’s clutches, and sent an angel to whip the Egyptian king at her command when her extraordinary beauty caused her to be abducted to the latter’s palace (Bereshit Rabba 41:2). It was on this occasion that, intimidated by Divine punishment on her account, Pharaoh presented to Sarah the land of Goshen as her personal possession and his daughter Hagar as her handmaid (Bereshit Rabba 45). This is how it came about that Bnei Yisrael dwelt in Goshen during their sojourn in Egypt; it was their inheritance through our Matriarch Sarah.

Our Matriarch Sarah’s original name was Sarai; it was only later with the assumption of her divine mission that the letter “h” from the Divine Name was added to hers. Avram became Avraham and Sarai became Sarah. That is when she became a “princess to all mankind” (Bereshit Rabba 47:1). In this capacity, she shared Avraham’s mission to spread the faith in one G-d. While Avraham converted the men, Sarah converted the women.

Besides her gifts of beauty, prophecy, wisdom and leadership, Sarah also possessed, according to Chazal, great spiritual and material blessings. “As long as Sarah lived,” Bereshit Rabba reveals, “there was a light burning from one Shabbat eve to the next; and there was a blessing in the dough; and a cloud was hovering over the tent. And when she died – they ceased” (Idem.). And yet, Sarah’s greatest merit was Avraham’s heeding her admonishment to remove from his household Yishmael and, with him, Yishmael’s deleterious influence.

I believe this was perhaps Sarah’s most important achievement and her most far-reaching historical move. 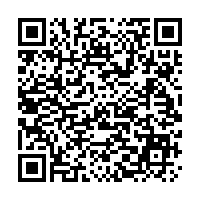