The European Jewish Congress (EJC) sent its warm congratulations to Chancellor Angela Merkel on Sunday for her party’s performance in the German Federal Elections, which will result in her heading a new government as Chancellor for a fourth term.

“We congratulate Chancellor Merkel on her re-election and the German people on their demonstration of democracy,” Dr. Moshe Kantor, President of the EJC, said. “Chancellor Merkel has shown tremendous courage and conviction in her support of the revival of Jewish life in Germany and has been a strong supporter of the State of Israel, both on a national basis and within the European Union.


“However, we are concerned by the strong showing of the far-right Alternative for Germany Party (AfD) which appears to have received more than 13% of the vote according to exit polls,” Kantor continued. AfD is the first far-right part to enter the Bundestag in more than half a century.

“We trust that centrist parties in the Bundestag will ensure that the AfD has no representation in the coming governing coalition. Some of the positions it has espoused during the election campaign display alarming levels of intolerance not seen in Germany for many decades and which are, of course, of great concerns to German and European Jews.”

While the EJC leader was expressing the deep concerns of European Jewry, however, Alexander Gauland, co-leader of the far-right AfD party said in a statement to media on Monday that Jews have “nothing to fear” from the election result.

“There is nothing in our party, in our program, that could disturb the Jewish people who live here in Germany,” Gauland said.

Nevertheless, the New York-based Anti-Defamation League (ADL) also called the 13 percent win by the AfD a “disturbing milestone,” warning that “its leaders have made anti-Semitic statements and played down the evil of the Nazi regime.”

One AfD member who apparently agreed is the former party co-leader herself, Frauke Petry, who walked out of a news conference held with other party leaders shortly after it opened Monday in Berlin.

“After a long period of contemplation,” she told reporters, smiling, “I’ve decided I won’t be part of the AfD’s group in the German parliament but will initially be an independent member of parliament in the lower house.

“I think we should be open today that there is a disagreement over content in the AfD and I think we shouldn’t hush this up because society is calling for an open debate,” Petry went on. “I’ll do everything I can to achieve that, so the sensible ideas the AfD has been working on since 2013 actually become a political reality,” she added.

Petry told reporters before leaving that as an “anarchistic party”, AfD could be successful in opposition but would not be able to offer voters a credible option as a government. For this reason, she had decided not to take up her seat as part of the AfD group.

Her fellow party leaders, stunned by her announcement, were clearly shocked. Gauland told Reuters that neither he nor other party candidates knew why Petry left. 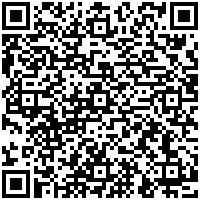