The Szyk Haggadah: The New Edition

Cartoonists often draw the short straws at posh cocktail parties. They are accused of creating illustrations rather than art and of wielding messages that are too blunt and too accessible to the masses, where the practitioners of “High Art” bring an arsenal of more sophisticated and subtle moves to their intellectual viewers.

This model plagued not only Norman Rockwell (who perhaps deserved it), but also those artists whose works genuinely straddle the boundary between cartoon/caricature and art: Honore Daumier, Thomas Nast and more recently, David Levine. Similarly, Arthur Szyk (pronounced Shick) has proven a controversial figure, whose work is quite difficult to characterize because it is so multidisciplinary: sociological, historical, psychological, political and, of course, aesthetic.

Szyk’s work was widely known during his lifetime (First Lady Eleanor Roosevelt called him a “one man army” in his aesthetic attacks on Hitler) but it all but disappeared following his death. Robin Cemblast, executive editor of ARTnews, wrote in Nextbook (April 12, 2006) that Szyk “has been unjustly neglected.” Indeed, with recent exhibits at the Holocaust Museum, the Newseum (DC), The Sherwin Miller Museum of Jewish Art and the Library of Congress, some are noticing a revival.

Arguably the greatest proponent of a Szyk revival is Irvin Ungar, founder and CEO of Historicana and publisher of a new edition of The Szyk Haggadah (through the Arthur Szyk Society). The society is publishing 310 volumes of the Haggadah, priced between $8,500 and $15,000 per copy.

“I don’t want to call it a crusade,” Ungar told The Jewish Press, of his tireless efforts to bring Szyk back to the public eye − from publishing the Haggadah to visiting students across the country, teaching them about Szyk’s work. The DVD “Arthur Szyk: Soldier in Art,” which explores one such school visit, has been screened at Jewish film festivals in Hartford, Tucson and Los Angeles, and is forthcoming in Warsaw. The society is also preparing to announce a “major exhibition in a European capital.”

“We are the ‘People of the Book,’ and it’s my belief that the people of the book should have an excellent book,” Ungar said over the phone from Vermont, where he was discussing the Haggadah – while looking at a photograph of Szyk and Eleanor Roosevelt on his computer desktop.

Ungar has his own ideas about why Szyk has been forgotten. “When he died, I think that there were no dealers, as the family had dismissed many of the dealers,” he said. “He didn’t have anyone to keep his art in the public eye, commercially.” Ungar cited the art world’s movement toward modern art after World War II as another explanation why Szyk was left behind. “Just from a practical perspective, how can you remember someone if you can’t pronounce his name?” he asked.

Ungar is firmly convinced that Szyk is a Jewish painter. “First and foremost, Szyk was a Jew,” he said. “There is nothing he did that didn’t derive from the inner core of his Jewish commitment.” He holds “there is no Jewish artist so motivated by social awareness” as Szyk, who thanked G-d for making him a Jew in the introduction to his illustrations of the Megillah of Esther. Yet Szyk was outspoken against American Jews’ non-aggressive stance during WWII, “so maybe the Jewish community wasn’t supporting Szyk so much.”

Amy Stempler, guest curator at the Jewish Museum of New Jersey (Newark), notes that the renewed interest in Szyk’s work corresponds with “the proliferation of Jewish graphic novels, and the scholarship and exhibition of Jews in the graphic arts.” Stempler, who previously managed the I. Edward Kiev Judaica Collection at the George Washington University Gelman Library (which owns several Szyk works) added, “Szyk’s Haggadah certainly falls into this genre, and perhaps this explains his resurgence in popularity as his work is now being viewed with this new appreciation for the art form. The Jewish influence in graphic art certainly adds weight to the theory that the Jewish footprint in modern art has been innovations that are decidedly ‘outside the box.’ “

Criticism of Jewish Americans’ stances on the Holocaust at the time, Szyk (1894-1951) is an otherwise perfect Jewish poster child. He was born in Lodz, Poland, and used his drawings much like Thomas Mann used his writing and the first Jewish American cartoonists used their art as a means to fight the Nazis. Szyk’s 1942 drawing, “Satan Leads the Ball” (image two), depicts Satan leading 13 “people” (one is a skeleton) in a procession from left to right in a tan-brown amorphous setting. The United States Holocaust Memorial Museum website describes the unholy procession as a “veritable rogues’ gallery of Axis leaders” blindly following the Devil. “Wartime artists like Szyk,” the site further explains, “often exaggerated or distorted the physical features of Axis leaders to induce laughter and ridicule or expose savagery.”

Some of the figures in the procession are recognizable − like Mussolini and Hitler, who wears a sword on one hip and a gun on the other, and carries a large red volume of Mein Kampf, adorned with a swastika. The Holocaust Museum site identifies other figures in the parade as “stereotypes or symbols signifying a particular group or idea,” but still other references are clear. Satan carries a volume which, although obscured by his arm, seems to be Wagner’s “Das Ring des Nibelungen.” And a man with a blue hat and a swastika armband carries a bag marked “30 Silver Pieces,” no doubt a reference to the Christian charge that Judas Iscariot sold Jesus for 30 pieces of silver. A decorated Japanese general, stereotypically drawn with fangs, carries a sword labeled “Mitsubishi” (the Mitsubishi A6M Zero was a Japanese fighter plane used in Pearl Harbor). Goebbels and Himmler are also discernable. To fully capture the festive nature of the procession, Szyk drew a man carrying a jack-in-the-box, which leaps out bearing a hammer and sickle.

“Art is not my aim, it is my means,” he said. “I am but a Jew praying in art.” Szyk is said to have been expelled from school for his pro-Zionist and pro-Polish sketches, and later served as artistic director of the Polish army’s Department of Propaganda. Evidently Hitler feared Szyk, offering a reward for the artist’s head. Szyk’s mother was murdered in a concentration camp.

Perhaps most inventively, Szyk employed medieval techniques of manuscript illumination to explore his cutting-edge, contemporary political criticism. His original drawings for the Haggadah (which never saw print) melded the Exodus story with the Holocaust. Egyptian taskmasters wore swastika armbands, and his snakes were drawn with the faces of Goebbels and Goering. But publishers, perhaps fearing Hitler, refused to publish the anti-Nazi references, and the edition of the Haggadah published in 1940 contained black circles on the Egyptian armbands instead of swastikas. The only remnant of Szyk’s Nazi criticism is the wicked son, who dresses in German dress and wears a small moustache.

The Szyk Society’s edition of the Haggadah is being hailed as a “bibliographic landmark,” which captures Szyk’s “bright and intense” palette using custom paper, hand binding and state-of-the-art inkjet printing. Szyk would no doubt be delighted to learn that his work was being reproduced in a cutting-edge way, with much attention to mirroring the medieval style.

The new edition also features a new translation, which seeks at once to “be true to the original Hebrew and bring it into the 21st century.” Szyk’s original contained an English text by Cecil Roth that is far less accessible to modern readers.

Each edition is so costly because of the great attention to detail in the materials, and Ungar said the society can publish, at most, one edition a day. One institution that has purchased a copy of the Haggadah (in production) is the Library of Congress, according to Peggy Pearlstein, area specialist in the Hebraic Section of the Library. “I am not sure his work has been so widely ignored,” Pearlstein told The Jewish Press, referring to the many recent exhibits. “Szyk used art as a medium to denounce fascism, Nazism, racism and injustice. Unfortunately, we are still fighting these same issues, although the regimes and leaders have changed. This makes his work relevant today.”

Pearlstein is quite right, as Szyk’s tremendous efforts to expose not only the oppression of the Jews in the Holocaust, but also the African Americans in this country (see image three) ring true even today. “There is no other place on earth that gives one the freedom, liberty and justice that America does,” Szyk said. And one look at his drawings is enough to show that he meant it.

That’s enough to convince Ungar that Szyk is far more than a run-of-the-mill illustrator. “I think he has risen above that dialogue,” he said.

Menachem Wecker is a painter, writer and editor based in Washington, D.C. He welcomes comments at mwecker@gmail.com. His painting, “The Windows of Heaven,” will be on exhibit at the JCC of Greater Baltimore as part of an exhibit that closes on June 10.

All images courtesy of the Arthur Szyk Society: 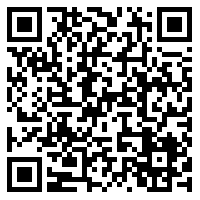