Home Sections Title: A Mosaic of Israel’s Traditions: Unity Through Diversity
Share on Facebook
Tweet on Twitter
Jews all over the world celebrate the Sabbath, holidays and festivals, fasts and feasts with unique customs that are rooted in an incredible variety of ethnic cultures. Many ritual practices have been enhanced with sometimes exotic but always meaningful customs, many drawn from local folklore.

A fascinating new book, A Mosaic of Israel’s Tradition: Unity Through Diversity, by Iranian-born ethnologist Esther Shkalim, is an enjoyable ride through the rich cultural diversity of the Jewish people.

Shkalim moved to Israel with her family in 1958. An acclaimed poet, she earned a master’s degree in Jewish Studies from Washington University in St. Louis and is a doctoral candidate at the Hebrew University in Jerusalem.

The book was the idea of Diana Schiowitz, who edited the volume along with Frieda Horwitz. “After moving to Israel in 1985 and settling in a mixed community, I was shocked to discover how little I knew about the practices of so many of my fellow Jews,” said Schiowitz.

During the five years that Schiowitz served as chair of the Israel executive of the AMIT educational network in Israel (2000-2005), it was clear that its 16,000 students “represented probably all the ethnic groups in the country, and in their homes and those of their grandparents a vast array of Jewish traditions were being practiced. It seemed natural to put together a book highlighting many of them.”

The students’ anecdotes are the core of the book and reveal the impact of the local environment on the Jews: “Grandma said that in many places in Afghanistan it was customary to light Shabbatcandles with opium oil produced from the poppy plant because this oil was commonly available and inexpensive,” related one student.

“My great grandfather says that in Afghanistan they did not use a Chanukah menorah at all,” said another. “They didn’t even know what it was! Instead, they took eight small plates made of silver or brass or clay, and arranged them in a row The Jews of Afghanistan were mostly anusim, (forced converts to Islam, beginning in 1939) [if] a non-Jew suddenly entered their home without warning they could say they were needed for light.”

“In Persian homes, it is the custom for women to light two Shabbat candles on one tray, and candles in memory of family members who have passed away on another,” relates Shkalim. Between Kiddush (the blessing recited over a cup of wine) and the blessing over the bread, the Persians add a blessing over a fragrant fruit (like an etrog) or herb (basil or mint) and other fruits or vegetables. Sometimes they even say Kiddushover etrog liquor, which they make themselves.

Among the other communities represented in the book are Ashkenazi Jews from Eastern and Western Europe; Sephardi Jews, whose origins can be traced to Spain and Portugal; the Jews of Asia and North Africa, whose culture was shaped by extended contact with Islam; the Jews who wandered from Persia to Uzbekistan, Kazakhstan, Tajikistan, Kirghizstan, Turkmenistan, Bukhara and Afghanistan, as well as the mountain Jews of Kavkaz, who lived in Dagestan and Azerbaijan.

In Tunisia and Morocco, it is customary for leftover afikoman (matzah which is hidden at the start of the Passover Seder) to be used as an amulet against the Evil Eye, or for a good livelihood. It is alleged to be especially good against dangers, particularly for calming a stormy sea. In Israel, a grandmother may well give it to her grandson when he commences his army service.

“The Jews of Yemen are distinct,” said Shkalim, “because although they speak Judeo-Arabic, they were relatively less affected by external influences. They thus succeeded in maintaining many customs whose sources are very ancient.”

Another rich source of material comes from the Ethiopian community in Israel. “The Jews of Ethiopia were generally isolated from other communities,” continued Shkalim. “In Ethiopia, candles were not lit for Shabbat because they took the prohibition against lighting fires on Shabbat as a general law.”

‘In Ethiopia, we didn’t celebrate Chanukah,” one AMIT student related when asked about the holiday. Their arrival in Ethiopia can be traced from the exile of the 10 tribes, long before the Maccabean victory, and “Ethiopian Jews did not even know there was such a holiday, until emissaries from Israel came to Ethiopia and taught us.” Purim was limited to the Fast of Esther, the day before the Purim holiday.

Sharing the Shabbat and holiday experience was typical in the close-knit Ethiopian communities. Meals were often eaten with neighbors “to make them more festive.” A communal bread ceremony was held after prayers every Shabbatmorning, with the kes (rabbi or holy man) making a blessing over the bread that the women had made and then distributing it. The bread was called misvaot (similar to mitzvot – blessings). “My father says that he could always identify the pieces of bread baked by my grandmother because her bread was the tastiest,” said Shoshanna.

A whole chapter is devoted to the Sigd holiday, which is unique to the Ethiopian community and commemorates both the giving of the Torah and the communal gatherings held in Jerusalem in the days of the First Temple. Falling exactly 50 days after Yom Kippur, it was a day that involved trudging up to the top of a mountain – often carrying rocks as a sign of submission – and praying for forgiveness (sigd means “bowing down in prayer”). At the end of the day, “everyone would descend while singing and dancing, and go to the synagogue where they would partake in a festive meal”

With the mass migration of the Ethiopian Jewish community to the Holy Land in the 1990s, celebration of the Sigd festival shifted to Jerusalem. Today, Ethiopian Jews from the Amhara region of Ethiopia hold their ceremonies at the Western Wall, while Jews from the Gondar region gather at the Sherover Promenade in Talpiot, which overlooks the Old City.

Shkalim also included traditional customs of the isru chag in her book, which is celebrated by various communities the day after Passover. “We try to hold onto the happy experience that has just ended,” said Shkalim. The Moroccan community calls this day Mimouna, the Kurdish community calls it Saharana and the Iranian community Ruz-e-Bagh.

Enhancing the rich anecdotal content of the book are over 200 outstanding illustrations, including paintings, photos of prized illustrated texts (such as the 13th century Worms Machzor – among the oldest known Ashkenazi prayer books), photographs and woodcuts.

A Mosaic of Israel’s Traditions is a treasure-trove of Jewish customs, “bringing a broad and colorful cultural tapestry from a multitude of Jewish communities,” writes Israel Prize winner Professor Rabbi Daniel Sperber in the foreword to the book. It has “enriched the individual heritage of each and every one of usand enhanced our communal heritageHopefully, it will encourage all of us to search into our past, to question our parents, grandparent, uncles, and aunts and to discover their family practices and folkways.” (IPS) 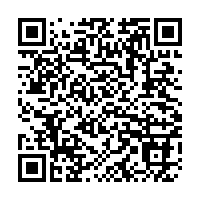