Home Sections Title: In the Footsteps of the Kuzari: An In-troduction to Jewish Philosophy,...
Share on Facebook
Tweet on Twitter
Title: In the Footsteps of the Kuzari: An Introduction to Jewish Philosophy, Two volumes
Author: Shalom Rosenberg
Publisher: ATID / Yashar Books, 2008
In the Footsteps of the Kuzari is a translation of Prof. Shalom Rosenberg’s Hebrew work that has had significant influence in Israeli religious circles. Organized as a commentary on Rav Yehudah HaLevi’s medieval classic Sefer HaKuzari, Rosenberg is less interested in the historical question of what the Kuzari meant to its author and readers in the 12th century, and more interested in translating HaLevi’s thinking for contemporary Jews. Methodologically, this would seem like an impossible task, doomed either to do damage to HaLevi’s original intent or to degenerate into anachronistic drashah. But, remarkably, Rosenberg manages to do so with real creativity and methodological integrity; falling into neither trap. Instead, Rosenberg works with the raw material of the medieval book in order to articulate a coherent Jewish theology for the present.
The book is arranged in two volumes. The first deals with questions such as Judaism and today’s “isms” – particularism vs. universalism, and the relationship of religion to philosophy. The second volume focuses on topics including the meaning of the commandments, the relationship to God, and exile and redemption. This is another important volume from ATID, a Jerusalem institute aiming to deal with challenges and issues facing Jewish education. The book will be of great interest to teachers as well as readers generally interested in the meaning and message of Jewish thought in the modern world.
Advertisement 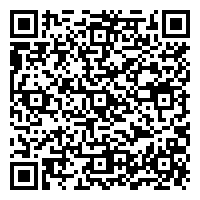