of the Writings of Rabbi Meir Kahane

Anyone reading this well-researched and objective biography (just translated into Hebrew) has to be struck by how the focus of Rabbi Meir Kahane’s life was on promoting Jewish identity, pride, values, knowledge, and even music, and how minimal a role that actual violence played even in the “militant” Jewish Defense League. Even the limited violence was for deterrence and limited primarily to property damages.

Kahane’s ever creative and constructive life was devoted not merely to defending defenseless Jews more effectively than any police department and harassing indefensible Soviet officials more provocatively than all the well-organized rallies of the establishment with their eloquent speeches, resulting, together, in the freeing of hundreds of thousands of Soviet Jews.

But above all, Rabbi Kahane attempted to prevent millions of Jews from assimilating into the melting pots of America, Russia, and even Israel. In addition, his political and economic approaches to the Israeli-Arab problems have been vindicated over the passage of time.

Ironically, it was Kahane who proposed investments in economic incentives for Arabs to opt to leave Israel peacefully, while Israeli governments forced their most patriotic Jewish citizens to leave some of the holiest and most historic places in the West Bank and the most developed property in Gaza by brute force.

Most people have no idea of the popular, brilliant, disarming, devastating, and witty lectures that Rabbi Kahane delivered on college campuses and synagogues of all denominations throughout America, and of the effects on their listeners. It was a thrill to read of every packed auditorium, and every word of feedback. What a difference he could have made on today’s leftist, religiously ignorant, and even hostile young Jews, and in a Knesset where his ultra-Zionist party was undemocratically banned.

How ironic that so many people condemned Kahane for the outrageous methods he used that brought results, after the “proper” methods of most establishment Jews failed to bring comparable results, however legislatively and politically correct they may have been.

The accounts of what happened at two Brussels conferences describe one of the most perfidiously indefensible and outrageous ironies imaginable. Participants in conferences there supporting the freeing of Soviet Jewry banned the person who did more for this cause than any other, and caused him to be incarcerated, twice, because he risked his own personal liberty and provoked both superpowers in order to help free hundreds of thousands of Jews he had never met.

Kahane’s positive messages of Jewish identity and the importance ofaliyahwere so effective that for a time his lectures on aliyah were actually sponsored by the Israel Aliyah Center of The Jewish Agency.

Kahane was highly regarded by many top mainstream Jewish Orthodox leaders: He was assisted by Rabbi Moshe Feinstein, the leading posek of his generation; he was hosted and given a rare tribute by Rabbi Tzvi Yehuda Kook, the leading rabbi of the religious Zionists; he was solicited to join the political party of Menachem Begin; he was hosted in America by such mainstream rabbis as Haskel Lookstein and Shlomo Riskin, and joined, on some occasions, by rabbi-professors ranging from Saul Berman to Moshe Tendler. Above all, Kahane was a long-time columnist for The Jewish Press.

Some readers might see poetic injustice in that Israel bends backward to protect even its enemies from collateral injury, yet it is still compared in the world press to Nazis, just as Kahane was compared even by Israelis to Nazis.

Rabbi Aaron I. Reichel, Esq., is a member of the federal and state bars in New York and New Jersey, and the author or editor of a number of books, chapters, book reviews, and articles dealing with Jewish, American law and politics. 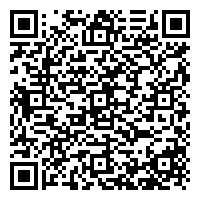