We have an ugly name for people who commit the ugly crime of declaring that The Holocaust never happened – they are called ‘deniers,’ and have been successfully prosecuted both here and abroad. But ‘our’ genocide was not history’s only crime against humanity, and even in our time we have witnessed several other crimes of mass murder, including Rwanda and Biafra, from which the blood of the victims cry out from their graves.
No less a personage than the then American diplomat, and Ambassador to Turkey, Henry Morgenthau, kept a diary and eventually wrote a book describing what he observed as a genocide of Armenians then residing in the border area with Russia by ‘The Young Turks’ of the Ottoman Empire in 1915. Under the guise of ‘relocation’ at least three-quarters of a million to as many as one-and-a-half million Armenians – including Armenian members of the Turkish armed forces, were either systematically starved to death or driven in forced marches or simply killed in situ.
Prior to the armistice that settled the boundaries of World War I, the Armenian nation had been promised statehood, but the Turkish regime decided that this ‘Third column’ that may have become faithful to their Russian sponsors were a danger to the new nation-state and decisions were made to ‘deal with them.’ In the ensuing years, conflicting opinions even in Turkey resulted in some 1,400 military courts martial, with punishments meted out to the perpetrators – but then ‘mysteriously’ – most of the official records vanished.
Yair Auron’s book doesn’t itself delve into the actual facts or issues of the Armenian genocide, but deals with the posturing of historians, both in and outside of Israel, of not wishing to deal with the issue or to even deny that there ever was a genocide. He discusses the uncomfortable position of the government of Israel, which has been pressured by the government of Turkey – Israel’s major trading partner among Muslim countries – to not officially bring up the subject of the Armenian genocide.
He bemoans the influence – and interference – of Israel’s foreign ministry on the Israeli Academy, and delves into the delicate governmental -pandering to the Turks during times when they were the only Muslim nation – with a substantial Jewish community – to maintain friendly relations with the State of Israel. He also bemoans that there is still no current curriculum for the study of the Armenian genocide in Israel’s school systems; that textbooks (including one written by him) on the subject have not been promulgated nor published; that educational television programs produced by Yad Vashem and for an American production have still not been aired in Israel; that Yad Vashem has – unlike New York’s Museum of Jewish Heritage and Washington, D.C.’s United States Holocaust Memorial Museum – still not provided recognition that the Armenian genocide ‘may’ have happened (although they have provided recognition to the nazi genocide of Europe’s Roma (‘gypsies’).
Each time governmental action is called for, in recognition and for educational efforts in Israel, the foreign ministry, and coincidentally, also the Prime Minister’s office, are pressured by Israel’s Turkish allies into quashing the effort. The Turkish position is that such ‘discussion’ is more properly in the academic sector among historians and the like. But – each time the subject comes up the Turks evenly ‘trounce’ the sometime perpetrators of truth. This happened when The First International Conference on the Holocaust and Genocide was held in Tel Aviv in 1982. Among over one hundred fifty lectures only six included mention of the Armenian genocide, and through Turkish and Israeli governmental pressures these were neatly excised before the event was even held.
Elie Wiesel, who was President of the conference, resigned over the pressure, and Prof. Arthur Hertzberg, who offered his services as Keynote speaker in Wiesel’s stead, also withdrew over the issues after enormous pressure. The resulting colloquium was thus emasculated and muzzled by the Turks who, to this day, deny the event of the Armenian genocide and still hide relevant documents in their governmental archives from all but the friendliest researchers who have been completely ‘vetted’ in advance.
Truth, especially so many years after an event, is always elusive, and there may be more than one ‘correct’ version. It has already taken more than half a century for many truths to arrive about the German Nazi experience, with new revelations arising almost weekly, such as that as many as ten-percent of Hitler’s soldiers may have been ‘Mischlinge’ (half or quarter Jews), and even that it was a German officer who rescued The Lubavitcher Rebbe from the Warsaw Ghetto. Post-war Germany, much as post-Apartheid South Africa, has owned up to the nation’s crimes and in each case delivered up the most serious perpetrators either as international criminals or at least for hearings.
Turkey, on the other hand, continues to deny all, and modern moralists and humanists wish to assist the efforts of the international Armenian community to resolve the issues to their satisfaction to help heal their communal memory of affliction.
Advertisement 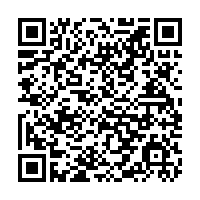