Now that the election is over and behind us, we can analyze some of the fallout overshadowing the actual results.

The Republicans are ecstatic for getting a mandate for their principles and values. Disgruntled Democrats are licking their wounds, willing the time machine to hurry over the next four years. Some Democrats are dismayed and resist accepting the will of the majority. They threaten to leave the country in retaliation. We even hear threats that they will take the blue states and secede from the union. It is this same detachment from reality that lost them the election in the first place.

I remember the echoes of such sore sentiment when Benjamin Netanyahu was elected prime minister in Israel in 1996, a few months after the assassination of Yitzhak Rabin. Leah Rabin criticized the Israeli public for its vote and made rumblings about going for a lengthy stay in Europe. Some Likud philanthropists even offered to pay the ticket. Rabin was not alone in her disenchantment. For these people, Democracy works only if they win.

True democrats resolve to regroup and present a lively opposition. They lost the battle but they believe they will still win the war. For the diehard liberals who will not suffer defeat at any cost, the rationalization process begins to spit out conspiracy theories and they cry foul at those who prevailed. An aberration. Manipulation. Any excuse but the one they don’t want to hear – that their candidate did not provide a better alternative. As if anybody could Kerry less!

Doomsday predictions soon follow in an effort to persuade us, the unenlightened ones, that the end of the world is nigh. These sore losers then conjure up solutions. Run away for four years; block any sensible legislation wherever possible; and the piece de resistance – secession.

Talk about cutting off your nose to spite your face!

Look, the red states may outnumber the blue states by a two-to-one margin, but the blues are the urban leaders. Industry is at their fingertips, wealth at their disposal. The Chanukah scenario of the few controlling the many. A perfect democracy. Secede?!

This election was predictably rigged, cry a number of liberal activists and webloggers. After all, we knew the Democrats were winning according to the Election Day exit polls. How could those findings have been reversed when the votes were actually counted, if not by red-state redneck hanky-panky? It couldn’t possible have happened fairly. Could it?

Even Yediot Aharonot, the Israeli Labor-loving tabloid, decried the result of the U.S. election as being the unfortunate consequence of redrawn boundaries. Yeah, right. Five million voters knew exactly where to reconvene.

Great leaders in politics will always acknowledge that their failures taught them how to win. Accepting the inevitability of occasional defeat strengthens their resolve to make a better effort the next time, to overcome the hurdle.

Some people see a hurdle as a block to their lane while others devise ways around or over it. Trying to change an immutable fact is not just a waste of time but also a demonstration of inflexibility and a severance from reality. Jacob persuaded Esau to relinquish the birthright. He did not attempt to declare that he had been born first.

Secede? Sure, I will cut off one of my fingers to teach my hand a lesson. A chutzpah! Once seceded, they will kowtow to Europe and remain dictated to for the rest of their journey. So much for isolation. Pay the price, just as long as the UN keeps passing resolutions. Principles must be upheld as long as they do not require being lived up to. 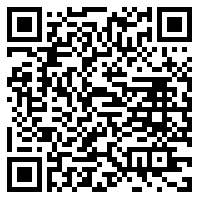