I tried a little exercise the other day. On my third visit to the annual New York Botanical Garden Orchid Show, I did not take any pictures. I prepared myself to be overwhelmed by the riot of color and strange shapes that seem impossibly unnatural.


Visits to the NYBG are invigorating; the environment, the very air in the rambling grounds is life enhancing. Look at what is possible: look at the diverse species; the improbable colors all growing, really growing.

Though I know almost nothing about flowers and botany (last summer was my first successful garden), I appreciate it the way I imagine someone who knows almost nothing about art appreciates a visit to an art museum – finding the pieces aesthetically pleasing but aware that he or she would enjoy the art a thousand times more with just a cursory knowledge of art history, visual techniques or movements and eras.

The NYBG is an excellent resource – it is one of those places you can visit again and again in different capacities. I’ve used the library, the largest botanical library in the country, to research botanical drawings for my master’s thesis. I’ve visited with my husband and children and gone on long ambling walks, admired the seemingly infinite varieties of plant and flower life, visited the children’s garden with its child-size labyrinth, participated in craft projects and took home free plants.

This summer, there was a spectacular exhibit that recreated Claude Monet’s garden at Giverny in France. It was there that Monet painted his famous water lilies from 1914-1926. The show shone both in its accessibility and depth. The Water Lilies are so well known; their beauty so easy to grasp, no art historical knowledge necessary, and the idea of recreating the gardens, water lilies, Japanese bridge and all in the Enid A. Haupt Conservatory was spectacular. After walking through the Conservatory (the bridge was a particular favorite), we took a tram to the library that had photographs of the artist himself as well as a few rarely seen paintings by the artist.

I loved that we could see the different iterations, talk about Monet’s interpretation and act of creation and talk about why he chose to paint the flowers that way and would we choose to paint them a different way. My daughters, however, were just as fascinated with fossilized bugs down the hall.

The NYBG is also great for a date, which is just what my husband Shlomo and I went on recently when we visited the Orchid Show during school hours. Following two extraordinary shows in recent years – in 2012, the show featured vertical gardens, and in 2011 it was presented as a Broadway show – the curator this year was in-house designer Francisca Coelho, who settled on a more naturalistic theme. The entrance featured a mélange of brilliantly colored orchids in water and climbing up tress that then led into a narrow corridor that evoked a Brazilian rain forest.

I, like many young children, I imagine, prefer bright colors and dazzle to naturalism when it comes to flowers but I did appreciate the acknowledgement of Hurricane Sandy and the damage it caused, represented by integrating actual trees felled during the storm. Of course, the riot of color that I avoided photographing for fear of not properly experiencing did not occur until we had already spent some time at the earlier parts of the exhibit – when I was, as occurs at art exhibitions too, tired and hungry and ready to shop. 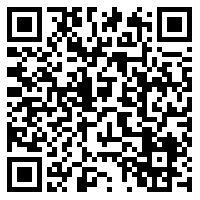