With our focus now turned to the upcoming Pesach holiday, I wanted to share with you some lighter and healthier meal ideas. We have some baked, not fried eggplant, low-carb “rice” created in a unique way, a nice salad and a refreshingly light dessert. I hope this will enhance your Pesach and bring you many nice compliments.

Let’s begin with eggplants, a commonly used vegetable by nearly every segment of Jewish society. Many eggplant recipes call for frying, but in this recipe we will just bake them. It comes out so delicious, that on the day we prepared it for this photo shoot, I had to keep everyone from finishing it before the photos were taken. I was completely shocked to find that even my pickiest eater – who had never so much as touched an eggplant before – ate many of them, and even asked me to make more. I thought I was hearing things; this was so unusual! This recipe is best when served hot and does not freeze well.

Note: The garlic adds a very nice flavor. However, as some people have a minhag not to use it on Pesach, I have listed it as optional.

First the sauce. Put all the sauce ingredients into a food processor and process until smooth. There might be some small chunks – its fine. Pour mixture into a small pot, cover and turn the flame on high. When the sauce starts to bubble, turn the flame to low and remove the lid. You want the excess liquid to start to boil away so the sauce will thicken. Let it cook for an hour until it decreases.

If you want a thicker sauce, take 2 teaspoons of potato starch and put it in a small bowl. Add some water and mix it until smooth. Pour into sauce during the last 5 minutes of cooking time and immediately stir. It should thicken the sauce immediately.

Peel and slice the eggplants into thin rounds and let them soak for a half hour in a bowl of cold water to which a tablespoon of salt was added. Then rinse them off and squeeze out the water. Pat dry.

In one bowl beat 3 eggs. In a second bowl mix potato starch and spices until well incorporated.

Spray two large trays with water and cover with baking paper. (The water will hold the paper down.) Pour about 3 tablespoons of oil on each paper and spread with a basting brush.

Dip each piece of eggplant into the potato starch, the egg, and then the potato starch again. Lay in a single layer on the oiled trays. As soon as you lay one piece down, turn it over so that both sides of the eggplant get a bit greased. Continue doing this until you have filled up both trays. Bake until lightly browned and crispy, about 12-15 minutes.

Serve the eggplants on a nice platter with the sauce on the side. If you are serving this at a dairy meal, place some grated cheese on the table as well. While the cheese will not melt on the eggplant, it will be very tasty. As I mentioned earlier, this recipe was a real hit and is well worth the time involved in preparing it.

This next recipe is from Norene Gilletz’s book, The NEW Food Processor Bible (Whitecap). Norene is a food writer, culinary consultant, spokesperson, cooking instructor, lecturer and cookbook editor who is based in Toronto, Canada. You can read more about her at www.gourmania.com. Her recipes are quite innovative. I am so pleased to share this one with you.

This colorful low-carb dish is ideal for vegetarians or anyone following a gluten-free diet; it’s also delicious for Pesach when everyone welcomes lighter options. Prepare the veggies in advance (a food processor speeds up preparation), then cover and refrigerate them overnight. When needed, stir-fry them quickly in a wok or large, deep skillet. Undercook them slightly if you plan to reheat them later, in order to prevent them from becoming soggy. 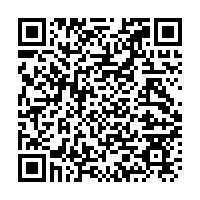