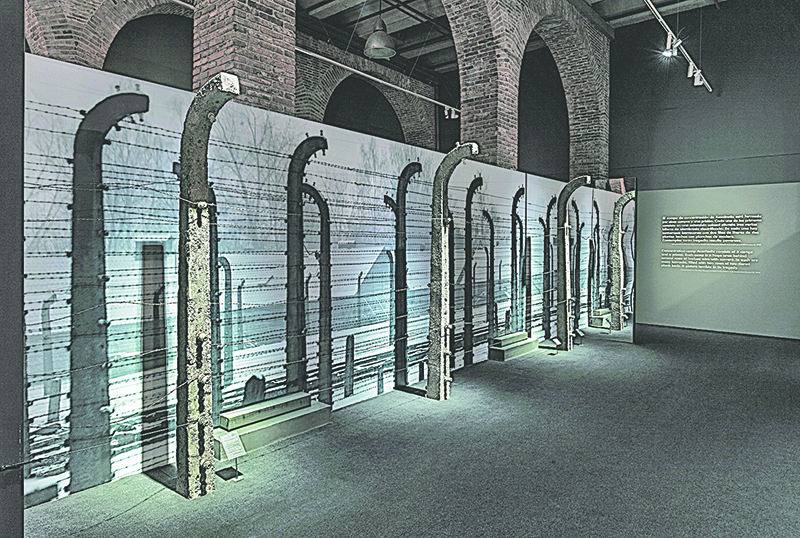 Last month, a new exhibit, “Auschwitz. Not long ago. Not far away.,” opened at the Museum of Jewish Heritage – A Living Memorial to the Holocaust in lower Manhattan. My first questions when learning about this exhibit was whether it differed from the many others I’ve seen and whether it was worth my time making the trek down to Battery Park City.

The answer to both questions, I learned, was a resounding yes. So much in this exhibit is new, and it’s brilliantly curated. The exhibit was loaned to the museum by the Auschwitz-Birkenau State Museum after being exhibited at the Madrid Exhibition Centre where it was seen by more than 600,000 people.


The exhibit covers three floors. The first floor depicts pre-war Poland and Germany, the second floor covers the “camps,” and the third floor highlights the individuals who populated Auschwitz.

One fascinating display on the second floor consists of four photographs of gas chambers and crematoria taken by a sondercommando (Jews who were forced, on the pain of death, to bring gassed bodies into a crematoria and afterwards remove the burned bodies and ashes). Since these photographs had to be taken surreptitiously, they are not focused. But they are the only known photographs of the actual killing grounds of Auschwitz.

On this floor is also an actual barrack and an electrified barbed wire fence that surrounded the camp. There are no bunks in the barrack – one only sees the outside walls – but it does not take too much to imagine what living, or rather dying, in it must have been like. 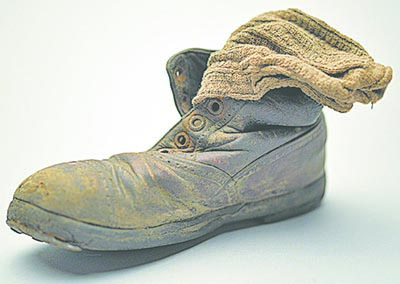 The exhibit also contains instruments of torture, including whips and medical instruments used for experimentation on Auschwitz inmates. Sadly, one also see a child’s shoe with his or her socks neatly inserted in the shoe; the child apparently expected to collect this shoe after his or her “shower.”

Also displayed are photos of Auschwitz guards and their wives smiling, relaxing, and playing music – basically living a normal life after their “office” hours of torture and murder.

On the third floor is a replica of an actual door from a gas chamber, and outside the museum is a cattle car, into which deported Jews from every part of Europe were herded en route to Auschwitz.

I noticed, that unlike at the Holocaust Museum in Washington, there are no lurid pictures of half-draped women at the Museum of Jewish Heritage, which would perhaps offend the eyes of youngsters or religious Jews.

I urge parents to call their children’s yeshivos and request that they arrange group tours with the museum. This exhibit is on view through January 3, 2020, and it would be tragic if our children did not see all these original artifacts in person when they are just a few miles from your doorstep and so easily accessible by subway or car.

The admission ranges from $8 to $25 with discounts for students, seniors, and the handicapped. The outstanding audio-guide phones are free.