Machtesh Ramon is considered by some to be the most exquisite site on the planet. Located south of Beersheba in the Central Negev, not only is Machtesh Ramon the most spectacular geological sight in Eretz Yisrael, it contains within it some unique geological formations that are not found anywhere else on earth. A machtesh (erosion cirques or box canyon) is a geological window, giving us a look into the Earth’s crust. Unique to the Negev and Sinai deserts, only 7 machteshim have been identified, Machtesh Ramon, Machtesh HaGadol, Machtesh HaKatan and two even smaller ones on Har Harif in the Negev; there are also two in the Sinai.

The term machtesh is a geological term borrowed from the word machtesha “mortar” (as in mortar and pestle). Both the Machtesh Katan (Small) and the Machtesh Gadol (Large) look like mortar bowls in which grains are pounded with a pestle. This “look” holds true for both the Small and the Big Machteshim, but not for Machtesh Ramon which is stretched out and narrows at one end – resembling the shape of an elongated heart.


These enormous, craterlike machteshim are neither meteorite craters nor volcanic calderas, although they are frequently described as craters. Machtesh Ramon is an erosion landform, actually a valley surrounded by steep walls and drained by a single wadi (riverbed). The name Ramon is probably from the Arabic “Ruman” meaning “Romans,” and probably linked to a trail that the Romans built here.

Machtesh Ramon has pretty impressive measurements, making it the largest machtesh in Eretz Yisrael. This makes it the largest on earth as no other part of the globe has this phenomenon. The crater is 45km long, 2-10 km wide (28 miles long and five miles wide) and 500 m deep. Its deepest point is Ein Saharonim (Saharonim Spring) – which also contains the Machtesh Ramon’s only natural water source and sustains much of the wildlife in the machtesh including ibex and onagers.

The onager, or wild ass (the biblical pereh), was an animal that had disappeared from Israel. In 1983, two herds of onagers were successfully re-introduced at two locations: Machtesh Ramon and at another site in the Arava Desert. They are the smallest of wild horses and cannot be domesticated. In Roman times, the meat of an onager was considered a delicacy. Some other animals in the vicinity are leopard, striped hyena, sand fox, Dorcas gazelle and the fat desert rat. A variety of plants grow in the Ramon area, including Atlantic pistachio trees, buckthorn, globe daisy, tulips and other bushes and shrubs.

Machtesh Ramon contains many types of rocks including clay hills – known for their fantastic red and yellow colors – as well as forms and diverse colorful sandstone.

At the borders of the crater impressive mountains rise. Har Ramon (Mt. Ramon), at the southwest corner of the machtesh, is one of the highest peaks in the Negev (3,400 feet – 1,037 m.), Har Ardon (Mt. Ardon) at the north-eastern end, and two table-like mountains – Har Marpek (Mt. Marpek – “Elbow”) and Har Katum (Mt. Katum – “Chopped”) are along the southern wall. Giv’at Ga’ash, a black hill in the north of the machtesh was once an active volcano.

Shen Ramon (Ramon’s Tooth) is made of molten rock which hardened while underground. This black sharp-edged rock later rose up through cracks in the Earth’s surface, and today stands in striking contrast to the nearby creamy colored southern wall of the crater. In the centre of the machtesh is Ha-Minsara (The Carpentry Shop), a low hill made up of black prismatic rocks. It is the only place in the world where prisms made of heated sand turned into liquid – and then when cooled naturally formed rectangular and hexagonal prisms that look like woodchips left behind by an indifferent carpenter. Also, vertical dikes of magnum that squeezed upward through fissures can be seen at various spots through the machtesh.

The ruins of a large prehistoric stone structure known as Khan Saharonim are found in the Machtesh. It lies along the ancient Incense Route, a trade route used by the Nabateans, and is the remains of a caravanserai, a roadside inn where the travelers would rest and recover from the day’s arduous journey. Dozens would gather and camp together and regroup before moving forward in an effort to protect themselves from bandits hiding out in the desert. These ruins acted as a way station for the traders and their animals (khan is the Arabic word for a caravansary) as they proceeded further westwards to the Mediterranean seaport city of Gaza. Not far away to the north are the ruins of the ancient Nabatean city of Avdat. 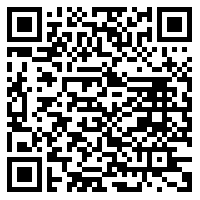