If you haven’t heard of Magdala, it’s where you can find out about the unearthing of an ancient fishing port on the edge of the Kinneret and a first-century synagogue, one of only seven synagogues in the world from this period of time.

In 2004, the Vatican sent Father Juan Solana to Jerusalem to revive the Church’s 19th-century guesthouse. Shortly after, Solana, Chargé of the Holy See for the Pontifical Institute Notre Dame of Jerusalem Center, took a trip to the Galilee. He realized that amenities for Christian pilgrims to Magdala, known traditionally by Christians as the birthplace of Mary Magdalene, were non-existent. And so the idea of a guesthouse, restaurant and chapel was born. Before construction on the four parcels of land that Solana purchased could begin in earnest, however, clearance had to be granted by the Israel Antiquity Authorities (IAA) to ensure that no important ruins lay beneath the proposed building site. What was supposed to be the snipping of bureaucratic red tape morphed into the unearthing of the archaeological remains of the 2,000 year-old city of Magdala. Holding on to his original idea of a guesthouse, restaurant and chapel, Solana made room for an archeological park. Today, Solana continues to direct the development of the Magdala center and to expose pilgrims to Christian doctrine.


Now, back to unearthing Jewish history and the synagogue. The Talmud mentions two Magdalas: Magdala Gadar, in the east, on the River Yarmouk near Gadara, northern Jordan, and Magdala Nunayya near Tiberias. As often happens in Israel, a new town sprang up named after the ancient town in its vicinity: Migdal, founded in 1910, is situated six kilometers north-west of Tiberias, on the foothills of Mount Arbel.

In July 2009, when the IAA began a five-month excavation at Magdala, it didn’t expect to find much… until, right beneath a wing of the proposed guesthouse, the top of a buried wall was discovered. As if that find wasn’t exciting enough, a mere foot beneath the soil, was the most important archaeological discovery in Israel in the last 50 years – the Magdala Stone.

Made of quartzite and measuring 1.8 by 2 feet with a height of 1 foot, the stone was probably used as the bimah in a synagogue. What makes the Magdala stone such a rare find in archaeology is that it seems that when it was carved and covered with symbols, the Second Beit HaMikdash still stood for the carver to see. So this stone is, essentially, an ancient snapshot.

The front displays a seven-branched menorah with a tripod base. This is the oldest carved image of the menorah in the Beis HaMikdash. The menorah appears to be standing on top of a decorated square, which may be symbolic of the mizbeyach. It is flanked by two jars, perhaps representing the water and oil used in the Beit HaMikdash. Along the sides of the stone are several pillared archways and another set of archways within these. Do these archways represent the gates of the Azara, the wall around the Beit HaMikdash? A small carving at the start of these archways has the shape of an oil lamp and, with a little imagination, the viewer can imagine walking through the oil-lamp lit passageways of the Beit HaMikdash. Two clusters of three hearts could symbolize the lechem hapanim. Two wheels appear suspended in the air with triangular shapes underneath. Early Jewish writings use this imagery to represent the heavenly realm. The wheels are interpreted as the bottom of a chariot, symbolizing Hashem’s throne.

The stunning discovery of the Magdala Stone led to further excavation. Solana brought in a team of Mexican archeologists led by Dr. Marcela Zapata-Meza of Anahuac University in Mexico. This was the first time that the IAA has given an archaeology license to a Mexican dig team. Working together, the archaeologists found a synagogue, residential area, marketplace, four mikvaos, fishing pools, a wharf and a harbor.

When did the synagogue become a central place of worship for the Jews? From the time of Moshe Rabbeinu until the Second Beit HaMikdash was rebuilt, we fulfilled the obligation to pray daily by composing our own prayers and praying privately. After the restoration of the Second Beit HaMikdash in 352 BCE, the Anshei Kenesses Hagadola, led by Ezra, instituted the Kaddish, Kedushah, Barchu, and the rest of the standardized tefillah with a minyan. Now obligated to pray with a minyan, Jews worldwide began building synagogues (from the Greek word synagogos). When the Romans destroyed the Beit HaMikdash in 70 CE, the synagogue became the center of Jewish communal life.

The tastefully-decorated synagogue in Magdala bears witness to its importance. Big enough for 200 people, it had a mosaic floor; frescoes in geometries of red, yellow and blue; chambers for public Torah readings, the storage of for sifrei Torah and private study and an outside bowl for washing hands before prayers.

Several buildings identified as mansions, most likely the homes of Magdala’s wealthy merchants, are located along a street south of the synagogue. These mansions were paved with colorful and intricate mosaic floors, which can still be seen today.

A central paved street is flanked on its eastern side with shops that probably sold everything from pottery to woven goods to fresh produce. Magdala boasted a sizeable fishing industry. Inside the shops there are different-sized plastered pools that held the day’s catch so that customers could come and choose their lunch. One of the most impressive discoveries in the marketplace was the technologically advanced plumbing system which connected each shop with fresh groundwater. This system, which would have been a marvel two thousand years ago, is even more astonishing because it still functions today.

Magdala’s bustling fishing industry would have demanded substantial storage. At the edge of the town, as expected, archaeologists uncovered the remains of a large warehouse built next to a large stone wharf. Today the wharf stands on dry ground, but two thousand years ago the area would have been on the shoreline of the Galilee. The cellar of this warehouse, partitioned into separate halls, still contains several pottery storage vessels.

“Scholars believed that it would be impossible to find any mikveh built by man around the largest mikveh in the area… the Kinnereth Lake,” says Dr. Adolfo Roitman, curator of the Shrine of the Book at the Israel Museum. Constructed from good quality basalt stone and fed by spring water that bubbled up from the subterranean flowing water, the well-architectured mikvaos offered the inhabitants of ancient Magdala spiritual purity at their doorsteps.

The Magdala mikvaos are similar in architecture, building materials and decorations to the mikvaos found in the Herodian Quarter in Jerusalem. These houses, discovered in 1969, were burned in the fierce fire that raged in the area approximately a month after the destruction of the Second Beit HaMikdash.

“The Herodian mikvaos used good quality-basalt stone and limestone. While we don’t see the limestone at Magdala, we do have the cream-white tiles and a mosaic that portrays a light-red rosette and black notches. The structural design and the style of the decorations are similar to those uncovered in the Herodian Quarter. The Herodian mikvaos appear to have been used by a family of high-priests,” says Dr. Roitman. “The Talmud speaks about a priestly family living at Magdala. While we don’t have any scroll or evidence that could affirm that reference, we see that the mikvaos were used by inhabitants who lived in the town and shared a high level of religion and spirituality. It’s very possible that they came from Jerusalem,” he adds.

What happened to Magdala? Where did all its prosperous inhabitants disappear to before a series of landslides covered the town? Perhaps we will never know. But thanks to the archeologists and a team of volunteers that have worked through the mosquito-infested heat of many summers, we do know that, 2,000 years ago, the residents of Magdala were doing what we are still doing today. 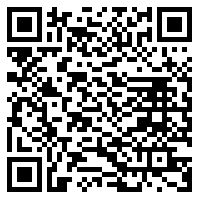