About a 20-25-minute drive from Jerusalem, traveling on Highway One, you can see Mount Sartabah on the left. In ancient times, Beis Din used to notify the people that the new month had been sanctified by lighting mesuos (torches) on the different mountain tops (Rosh Hashanah 2:2). Mount Sartabah is the second mountain in the list of major mountains along the route where these burning torches were lit and waved (ibid 2:4). Mitzpeh Habikah is located in the proximity of Sartabah. It is opposite a group of Jewish settlements: Petza’el, Gilgal, Argaman, and Mehola built on land that belonged to Jordan before 1967. This mitzpeh, or outlook, is a memorial to soldiers who fell during the “Mirdafim” (Pursuits) that took place in the area for about three years after the Six-Day War. After 1967, numerous Arab refugees lived along the newly formed border between Israel and Jordan.  From among these groups, terrorists would infiltrate Israel by sneaking though the wadis and hiding in the many caves in the Jordan Valley area. From these hideouts, they conducted guerrilla warfare and outrageous acts of violence. Often, the terrorists would use Arab women and children as decoys to escape detection by Israeli troops. Other times they would attach animal hooves under their shoes so that the IDF would not realize that people had entered the country. Or they would wear their shoes backwards so their footprints would mix up the Jewish soldiers.

During that time period, the motto in the IDF was “Acharai,” meaning the commanding officer went in front of his troops. It is for this reason many of the names on the white memorial wall at the site are those of high-ranking officers, for as they led their troops to capture the enemy, they were the first to be wounded or killed. It was soon after that it was mandated for the troop commander to stay behind his platoon. This ensured that the “brainpower” of the group would be available to continue the fray.

Most times, after such an “incident” the Israeli planes would bomb the nearby Jordanian fields. King Hussein (1935–1999), dubbed the father of modern Jordan, realized that these terrorist infiltrations into Israel were ruining his economy, so he decided to put an end to them. In September 1970 he started hunting down the members of the Palestinian guerrilla organizations in his territory. The terrorists were so frightened of the king that 40 of them requested asylum in … Israel.

The conflict ended when Hussein expelled the PLO to Lebanon. From that point on, Israel had to contend with terrorists in the north, as Yirmiyahu proclaims, “From the north, evil will come.” It is important to know that although we speak of modern Jordan, there never was an ancient Jordan. Jordan is a political entity, created by Britain in 1922.

The memorial at this site was the idea of Rechavam “Gandhi” Ze’evi. (After Ze’evi was killed by the PFLP in 2001, Road 90 was renamed Gandhi Road in his memory.) The artist Igal Tomarkin created the sculpture out of weapon parts.

Standing at the top of the memorial lookout at the Bikat HaYarden, one takes in an awesome view: Jordan can be seen in the far distance, with Mount Moav and Mount Edom behind it. The eastern edges of the Shomron are also visible. One can also see deer and other wildlife in the area.

West of Highway 90 is the winding, scenic route, Road No. 458 that goes up to Maale Efraim and crosses the desert and reaches Kfar Adumim. Called Kvish Alon or Derech Eretz HaMirdafim (the Land of Pursuits Way), on this road one can clearly see the hideaway caves in which the terrorists hid. 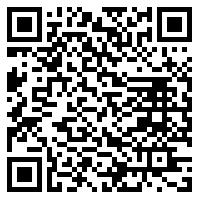