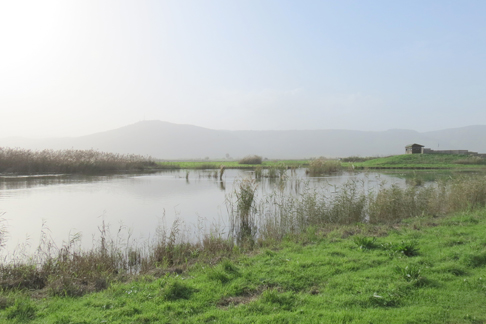 The crane is the king of the Hula Valley with welcoming squawks and shrieks of sheer delight from the thousands on the ground and the many hundreds in the skies above. They are surely calling out “Shalom aleichem, my friends, alechem shalom, so glad you arrived,” for it is known that cranes inform each other of favorable domiciles. Eretz Yisrael is literally and figuratively the center of the world, located at the crossroads of three continents. The eyes of the world are always on Eretz Yisrael, whether during discussions at the UN, or in ancient times when it was on the trade route of other nations.


Eretz Yisrael also plays a major role in the lives of approximately five hundred million birds (390 different species!) that arrive annually by air. Following the example of their ancient migratory ancestors, these guests do not have to wait to have their  passport stamped or watch the baggage carousel make never-ending circuits until their luggage eventually appears. These storks, cranes, egrets, gulls, cormorants, and ducks (to name but a few) using main bird migration routes are heading for the Hula Valley Nature Reserve and the Hula Lake Park in the Upper Galilee.

The Hula Valley once contained a lake – thousands of years old – one of the oldest documented lakes in history. It is referred to in Chapter 11 of Sefer Yehoshuah as Mei Merom (Waters of Merom). It was here that Hashem delivered into Yehoshuah’s hand an alliance of city-states of the Canaanim. (Some modern scholars dispute this identification, arguing that it is swamp area and there is no reason to assume the Canaanites, whose prime weapon was the chariot, would be drawn to battle in swamps.) The Gemara in Bava Basra (75) refers to it as Hiltha.  It states that there are seven seas (Tiberias, Sodom, Helath, Hiltha, Sibkay, Aspamia, and the Great Sea) and four rivers (Jordan, Jarmuk, Keramyon and Pigah) surrounding Eretz Yisrael.

Maps of Palestine throughout the first half of the 20th century show this lagoon along the Jordan River, about 20 kilometers [12 ½ miles] north of the Kinneret.

Since ancient times this body of water provided a natural habitat for many species. In the area were found panthers, leopards, bears, wild boars, wolves, foxes, jackals, hyenas, gazelles, and otters.  For centuries Lake Hula probably contained the richest diversity of aquatic biota in the Levant. It was also populated by a rich variety of flora and fauna.

Since it lies along the Syrian-African Rift Valley, it was a major stopover point and feeding station for traveling birds. Hundreds of species of birds used the Holy Land’s airspace as a part of their migratory route. Today in the springtime, the skies are filled with millions of birds, on their way to Asia and Europe from their habitats in Africa. In October, they retrace their journey in reverse.

Since the swamps surrounding the lake were the breeding grounds for mosquitoes, Jewish pioneers in the early part of the 20th century who settled in the Jordan Valley, suffered terribly from malaria.

The first modern Jewish settlement in the Hula Valley was Yesud  HaMa’alah on the western shore of the lake, established in 1883 during the First Aliyah.  Estimates say that during the 1930s, 70% of local adults were infected with malaria. Few, if any, children survived beyond the age of two.

Beginning in 1940, innovative measures were taken. Irrigation canals were flushed of their vegetation and the water was sprayed with kerosene. New improvements in health care were introduced, but it was only with the introduction of DDT in 1945 that the war against malaria could be won.

In those days the Hula Valley had a lake at the southern end and swamps in the north. The majority of the swamp consisted of dense impenetrable tangles of papyrus, with scattered channels of running water and pools. In deeper depressions within this papyrus “jungle” were open-water ponds covered with yellow water-lilies.

In 1948, the State of Israel decided to drain the swamps and lake, which covered more than fifteen thousand acres, and convert the area into agricultural fields. There was a critical need to create farmland for the budding Israelite agricultural society. In addition, a large number of unemployed olim needed employment. 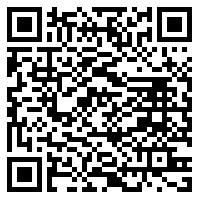