As the cold weather settles upon us, snow and ice become our constant companions. Although it is often uncomfortable, both snow and ice are not always associated with freezing weather. In the Alps, which are located in various European countries, snow and ice can be found throughout the year in breathtaking forms.

The European Alps is a giant mountain spine that divides Western Europe into northern and southern portions. The Alps mountain range curves all the way from the French-Italian border near the Mediterranean Sea, fills most of Switzerland and Liechtenstein, and extends into Germany, Austria, Slovenia and Croatia.


The French Alps in particular, border both France and Switzerland. Regardless of the fact that they are not as well-known as their Swiss counterparts, they also afford magnificent views year-round. The French Alps are renowned for their stunning scenery, complete with beautiful mountains, rolling foothills, and pristine lakes and rivers. Europe’s tallest and most famous mountain, the Mont Blanc, is situated in the French Alps bordering on Italy.

The snow-covered Alps in France attract a host of people who come to ski or just enjoy the awesome scenery. Although the French Alps draw its unique fame from its ski trails, there are also many magnificent hiking trails to enjoy during the summer time. On a recent summer trip to La Plagne, a ski resort neighborhood in the French Alps, I stood in awe of the stunning snow-capped mountains there.

Tucked amongst the Alps are various glaciers. Glaciers differ from regular snow covered mountains. They are usually mountains, of higher altitude, in which the snow accumulates and freezes into ice. A glacier is not always recognizable from the exterior since it is often covered with fresh layers of snow.

Many glaciers across the European Alps have in recent years begun housing incredible ice caves. The French Alps in particular had two mountain guides who came up with the idea of building an ice cave on a glacier in 1992. Their project took off immediately. The next year they decided to hire professional sculptors to create sculptures within the ice caves for public viewing. Due to the tremendous success of this venture, another four ice caves with sculptures were opened. Each ice cave has a central theme. To date, there are six ice caves in the French Alps. The ice caves are especially created at very high altitudes where the temperatures are low year-round to ensure that the sculptures stay frozen.

During my stay in La Plagne, I went to visit one such ice cave or Grotte de Glace as the French call it. In order to get to the cave, we first took one cable car about halfway up. Then we switched to a second cable car. There isn’t enough power in the cars for them to reach the full attitude without stopping. At the station where the two cable cars met, we were almost knocked over by the most unbelievable view of the surrounding mountains, including the famous Mont Blanc.

The Grotte de Glace in La Plagne was built in 2005 on the Summit of Bellecôte glacier which is 3,417 meters (11, 210 feet) high. It houses a gallery with several rooms and is home to spectacular sculptures directly carved into the ice. The cave is approximately 150 meters long featuring the masterpieces in translucent shades blue. The sculptures are of various different life-sized animals, including a fox, bear, deer, and even a huge elephant.

Each year thousands of people visit the Grotte de Glace in La Plagne to enjoy the exceptional beauty of the unique sculptures.

Compiled and Photographed by S.Y. Einhorn 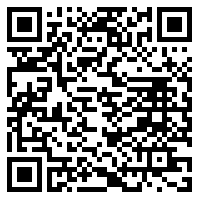