More anti-Semitic vandalism and racial hate targeting a New York State community; this time, defacing the village of Orchard Park in the Buffalo, New York area over the weekend.

Swastikas and racial slurs were spray painted “all over” various pieces of equipment at a playground, on the cars of residents and even on the overpasses in the village late Friday night.


Just last Tuesday, residents of the Hasidic village of New Square were horrified to discover the words ‘GET OUT’ and large Nazi swastikas were painted in black on a fence that borders the community on Polnoya Road.

The local South Davis Elementary School was also defaced with the racial slurs and Nazi graffiti. A GoFundMe crowdsourcing campaign is being carried out to support the cleanup at the school. “South Davis Elementary shouldn’t have to take money out of classrooms because of these thoughtless and hurtful actions,” said the community member who launched the campaign. “As a concerned member of the Buffalo community I feel that this sort of hate crime cannot be tolerated.”

Many of the residents who were victimized were not Jewish. One woman, Kyle Hennessy-Snow, told WIVB Channel 4 TV News she was shocked when police knocked on her door Saturday morning to inform her that the van she used to transport her disabled daughter had been spray-painted with a swastika, and another unidentified symbol.

“The Jewish community is particularly sensitive to this type of vandalism and display of hate symbolism, and we stand with the people and leadership of Orchard Park in fighting and denouncing any symbols, actions and language of hate,“ Rob Goldberg, CEO and executive director of the Buffalo Jewish Federation said. “We are appalled at the vandalism in Orchard Park, particularly on a playground, a place that should always be safe and accessible for all children.”

Governor Andrew Cuomo recently opened a new text line to report incidents of bias. Anyone who is a victim or who has witnessed a hate crime can report it by texting H-A-T-E to 81336.

“Some of the slurs that were painted may upgrade the charges to some form of a hate crime, but that’s further down the road with the district attorney said Orchard Park Police Lieutenant Jason Schiedel. “It shows a lack of respect for those around you and what they work hard for,” he added. 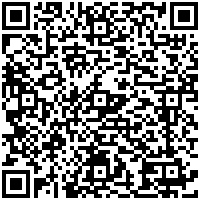