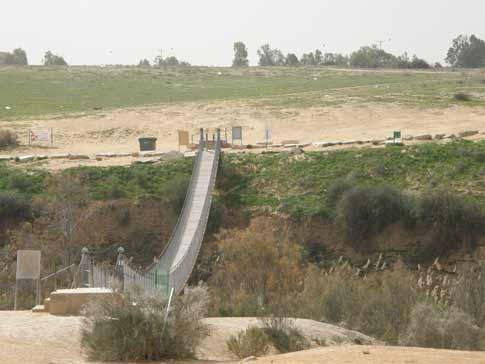 Although there are more direct and faster routes to Beer Sheva and Eilat and all the sites and towns in-between, the Basor River is one of the beauties of the Negev that defiantly justifies a diversion.

The Derech HaBesor (Habesor Way) is 18 km (about 11 miles) of scenic unsettled road which will take you back to the times of our Patriarchs, the Philistines and King David. The track, which can be walked or traveled by car or bicycle, follows Nachal Habesor (The Besor Stream). It has many viewing areas, shady spots, ancient wells, historical tels (archeological sites) and a hanging bridge for pedestrians on its path. The trail stretches from Eshkol Park in the north to Tze’elim in the south and is relatively flat. From the viewing tower at the entrance the entire area is visible.


Water flows in the Basor Stream and from its banks it is possible to spot turtles and little black ducks swimming. The pleasant walk alongside the stream shows the contrast between desert and water. For much of the way there are orchards on one side and pure Negev scenery on the other. The green along this watercourse in this desert area is a real treat for the eye (and the camera) as the area is typified by rich and unique flora. Thick and varied stream vegetation lines the stream banks. An incredible display of kalaniot (anemones) carpets the area in February. The trees and bushes along the banks include pistachio, olive, California peppers, tipuana, several varieties of acacia and Retem (Rotem- White broom). Rabi Meir (Bereshit Raba 53) teaches that Hagar thrust Yishmael under a Retem bush (Bereshit 21: 14- 5). Many generations later when Eliyahu fled into the desert from the wrath of Jezebel, he lay under a solitary Retem (I Melachim 19: 3 – 8). The White Broom is at its most magnificent in Shvat (February-March) when its tiny buds explode into myriads of white butterfly-shaped-flowers and exudes a marvelous overpowering perfume.

As this is a paradise for birds, hundreds of colorful species use the river area as a migratory stopover site. The spur-winged plover is a permanent dweller in the area as this species has a preference for marshes and similar freshwater wetland habitats. This unmistakable bird wears formal attire – a large black head covering, white cheeks, with a black stripe running down the front center of its gray/beige body – and refuses to be ignored. Its horrific screech scares off any another bird that comes too close to it. A small claw or spur hidden in each of its wings gives this bird its name. Many magnificent birds of prey wheel around in the sky above one. The Suspension Bridge over Nachal HaBesor does not lead anywhere specific, but it allows one to cross the stream and reach the opposite bank from where magnificent panoramas of the area with its flowing streams can be viewed. Crossing the long pedestrian suspension bridge could be really stimulating, making one feel the need to dance across. Yet others may find it a little unnerving. Children especially will either love or hate the experience.

Nachal HaBesor is one of the largest and most impressive rivers in Israel and the largest watercourse in the northern Negev. It begins near Sde Boker at Har Boker and spills into the Mediterranean Sea in the Gaza Strip (near Deir al Balah), where it is called Wadi Gaza. Joining HaBesor Stream is the Beersheva Stream and its tributaries, Hebron Stream, Secher Stream and the Gerar Stream. The drainage basin for the Besor Stream system is about 3,500 square kilometers in size. It is very important because the stream lies on the boundary between the Mediterranean Sea region and the desert region. The book of Shmuel recounts the story of King David’s army, some 600 warriors, who stopped to rest here. They’d been chasing the Amalekites, who’d broken into the Israelite camp and kidnapped all the women and children and burned everything else to the ground. By the time David’s army reached the Besor brook, a third of the soldiers, or some 200 men, were too exhausted and dispirited to go on. So David went out with only the 400, and managed to subdue the Amalekite camp (I Shmuel 30). In Hebrew, the word besor means to bear or bring good tidings or to gladden with pleasant news. The “besorah” – good news – after this war with Amalek was that all the women and children were recaptured untouched. 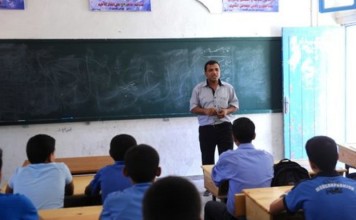