A film by Allan Miller and Mark Podwal

Built by Angels: The Story of the

When on April 5th, First Lady Michelle Obama visited Prague’s Pinkas Synagogue with White House chief of staff Rahm Emanuel, and David Axelrod, a senior White House advisor, she expressed particular interest in the synagogue’s collection of drawings by children from the concentration camp of Terezín, which they created under the tutelage of Friedl Dicker-Brandeis (1898-1944). When the group viewed the Old Jewish Cemetery, they were following in the footsteps of former President Bill Clinton, and the more than half a million tourists who come each year, according to a recent article by Mark Podwal in The Jerusalem Post.

Podwal should know, having visited Prague 15 times – often to spend the High Holidays and Passover at the Old-New Synagogue where he has his own seat with a Hebrew-and-English plaque bearing his name. Podwal has designed a poster celebrating 100 years of the Jewish Museum in Prague, and his Hamsa bookmarks and pins were sold in the Metropolitan Museum’s store in conjunction with its exhibit “Prague, The Crown of Bohemia, 1347-1437” (2005-2006). More recently, he is also the author and illustrator of a new book on the synagogue, and co-producer with Allan Miller of a new documentary on Prague’s Old Jewish Cemetery, which aired on PBS earlier this month.

If the documentary must be summed up in one sentence, it would be Professor Vladimír Sadek’s statement early on in the film, that Rabbi Judah Loew – the Maharal – was “traditional, ancient, and modern.” Indeed, the city that “House of Life” captures is one of juxtaposed opposites: cars, buses, and McDonalds logos, with tourist shops selling Golem dolls and candles, alternating with camera shots of synagogues and Jewish cemeteries, with stones half-blank for Holocaust victims.

“House of Life” is no travel agency pitch for Prague, though it is jam-packed with fascinating historical facts and beautiful landscape shots. The first time a Star of David was officially used as an emblem for the Jewish community was on the tombstone of Rabbi David Gans (1541-1613), the author of the “Tzemach David.” On the stone, a goose symbolizes the surname, while the star, allegedly the shape of King David’s shield, reflects the historian and astronomer’s first name.

Other decorations on tombstones include: hands arranged a la [Star Trek’s] Spock (for a Cohen), a pitcher and washbasin (Levi), scissors (tailor), grapes (fertility), and various animals like lions (for those named Judah) and deer (for someone named Hirsch). There are even human figures (including nudes) on the tombstones, which may surprise some readers. But the film also has a journalistic touch when it interviews people who complain about being forced to pay to visit the cemetery. Some of the most beautiful pieces of art in the film are a series of paintings detailing the activities of the burial society, from preparing the body to the rabbi’s eulogy to washing the hands after leaving the cemetery.

The story also addresses the magic surrounding the Maharal, and in so doing overlaps with “Built by Angels.” Both the film and the book tell of white doves miraculously flapping their wings to extinguish fires that threatened the Altneuschul, the Old-New Synagogue. Both also tell of the synagogue’s stones, which were on loan from the Temple and which were to be returned for the next Temple, and of ghosts filling the synagogue after hours to pray when all the people had left.

Podwal explains early on in the book that the Altneuschul, which has “as many stories as stones,” was said to have been constructed by angels, but was later forgotten. A thousand years later, the Jews came to Prague and found a beautiful city with many churches, but no place for them to pray. An angel, posing as a beggar, showed them a hill, and when they dug upon the hill, they uncovered the synagogue – “Although old, it mysteriously looked new.” As the beggar-angel prepared to leave, he told the people that the stones derived from the Temple, and they must not be moved at all, lest the entire structure fall.

The synagogue evoked the Temple in other ways too. On the High Holidays, when congregants were so tightly packed in that “no one could force a finger between them,” the stones expanded so there was room for everyone to bow down. This recalls a similar statement about the Temple in Avot (Ethics of the Fathers) 5:5, in which the Temple was said to, have “opened up” on certain holidays (for the “regalim,” or “feet,” when all Jews living in or near Jerusalem flocked to the Temple) so that every person had enough room to bow on the ground.

Podwal’s book – which includes a wide range of Jewish and mystical symbols in its drawings, including angel’s wings, Torah pointers (yads), Hebrew letters, and Kabbalistic motifs – details others sorts of miracles that graced the synagogue. Congregants had to bang on the doors in the morning to let the ghosts know it was time to leave, and a piece of matzoh (the Afikomen, in fact) hung in the building all year. With Passover immediately behind us, a year-round matzoh might not sound particularly appetizing or miraculous, but this piece had special powers to protect the Jewish community.

Praying on the High Holidays. Image from “Built by Angels”

In many ways, the book makes a good companion guide to the film. The gouache paintings of “Built by Angels” are so bold and playful that they seem to suggest a dream sequence. They are realistic, and yet they also contain abstract elements. In that sense they resemble the most prominent element of “House of Life”: the tombstones in the cemetery. Through rain and snow, light and shadows, the stones seem to be both living things and inanimate objects that only point to people who once lived.

I have never been to Prague so I cannot vouch for the authenticity of its representation in the book and in the documentary. But I am fairly certain that if I ever get the chance, I will be well prepared for both the surfaces of the landmarks I encounter, as well as the mystical and magical aspects that lurk beneath. 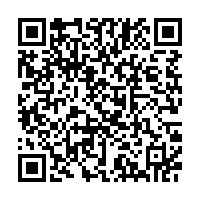