According to an Israel Hayom newspaper poll conducted earlier this week, 77 percent of the Israeli public is against a cease-fire at this time, and 71 percent of those surveyed favored expanding military operations in Gaza.

The fast-moving events on the ground in and around Gaza – as of Tuesday afternoon 28 IDF soldiers had been killed and hundreds more wounded (with one missing in action) while the toll among Palestinians was given as more than 600 dead – have spurred Israel to try to complete the objectives of Operation Protective Edge before international pressure for a cease-fire becomes impossible to resist.

As of late Tuesday, Israeli military sources reported the IDF had located nearly 50 tunnel openings leading to about 20 central tunnels spread out in a sophisticated maze across northern and central Gaza, with a substantial number of routes leading directly into a number of kibbutzim along the border.

Several Israeli soldiers, including an IDF lieutenant general, were killed on Monday when they came across what they thought was a small unit of camouflaged Israeli soldiers at the entrance to Kibbutz Nir Am. In fact, the unit consisted of Hamas commandos who had emerged from a nearby tunnel.

The sophisticated cement tunnels, which cost hundreds of millions of dollars, were reportedly built with Qatari government funds. On Monday, Israel’s foreign minister, Avigdor Lieberman, warned against any major Qatari involvement on behalf of Hamas in cease-fire negotiations. He also vowed to curtail the movement of Al Jazeera’s correspondents in Israel. Al Jazeera, which is owned and operated by the family of Qatar’s emir, was expelled from Egypt when the Egyptian military overthrew the Muslim Brotherhood government. Hamas leader Khaled Meshal is based in Doha, Qatar’s capital.

The dangers posed by the tunnels and incessant rocket attacks stimulated lively debates on Israeli TV news programs. Government officials, former IDF commanders, and intelligence experts came under severe criticism from average citizens and TV anchors for admitting they were aware of the tunnel and rocket threats for years but for various reasons were unable to deal with them.

According to Israeli government sources, Netanyahu will refuse to agree to any long-term cease-fire unless pressure is exerted on Hamas by Egypt, the United Nations and the U.S. to implement a disarmament program and to allow a re-entry of U.S.- supervised Palestinian Authority forces into Gaza.

Meanwhile, in the midst of missile alerts and a missile strike in a town that parallels the nearby runways at Ben Gurion Airport, 228 North American immigrants landed in Israel Tuesday morning as part of Nefesh B’Nefesh’s summer aliyah program.

Upon arriving at New York’s Kennedy Airport on Monday, each immigrant received a special booklet prepared by Israel’s Ministry of Immigrant Absorption regarding security measures, such as what to do when a Code Red siren sounds, warning of incoming rockets. 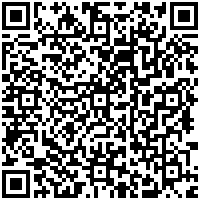