the case against Jewish settlements in Judea and Samaria (also known by its much more recent name, the West Bank) is strong and rational. The problem is that it ignores the elephant in the room, and in doing so, it betrays Jews in a silent abdication to a highly virulent form of anti-Semitism.

Former US Secretary of State John Kerry expressed the case against settlements particularly eloquently in his speech at the United Nations in December 2016. He emphasized that “the two-state solution is the only way to achieve a just and lasting peace between Israelis and Palestinians”; a fact that most Israeli Jews have always accepted, and the reason why they reluctantly accepted the 1947 UN partition plan while Arabs rejected it.


Kerry emphasized the importance of security to Israelis. He recognized that terrorism and incitement are major obstacles to peace (although he couldn’t get himself to say “Palestinian terrorism”). He acknowledged that the settlements are not “the whole or even the primary cause of this conflict”. He explained why the growth of settlements all over the West Bank make separation of Jews and Arabs increasingly difficult.

Kerry even touched on the very core of the matter when he said, “you may hear from advocates that the settlements are not an obstacle to peace because the settlers that don’t want to leave can just stay in Palestine like the Arab Israelis who live in Israel. But that misses a critical point, my friends; the Arab Israelis are citizens of Israel, subject to Israel’s law. Does anyone here really believe that the settlers will agree to submit to Palestinian law in Palestine?”

But Kerry stopped there. Why wouldn’t Jewish settlers agree to submit to Palestinian law? After all, Arabs in Israel submit to Israeli law. Is it, as one might interpret from Kerry’s words, because Arabs can live under Jewish rule while Jews cannot live under any rule other than their own? Of course not. Jews have long lived and continue to live under other peoples’ rules.

He stopped there because if he continued on that train of thought, he would have to uncover something that would be impossible to justify. He would have to recognize that Jews living under Palestinian rule would never be treated fairly and would not even enjoy basic security. Kerry knows this and we all know this based on what we see in the Arab world and in Palestinian society. In the most optimistic of cases, those Jews would be persecuted until they all fled or became a tiny and totally irrelevant minority, just like everywhere else in the Arab world. At worst, they would be all be massacred.

Despite its very rational arguments, the problem with the case against settlements is that it accepts that Jews would be denied the right to live in Judea and Samaria, a land that holds deep historical importance to Jews, even beyond the Bible, as explained Oded Revivi, Mayor of Efrat, in The Jerusalem Post (Efrat is an Israeli settlement in Judea and Samaria, and the capital of Gush Etzion, a group of settlements located in the Judaean Mountains).

Opponents of the settlements accept very quietly the Arab requirement of a judenrein Judea, as if it is perfectly natural and perfectly acceptable. It is not. In fact, it is a despicable form of bigotry that Jews would be barred from living anywhere in the world, let alone a place like Judea and Samaria that holds huge significance to them.

Judea and Samaria was the home of Jews until 1947/48 when several Arab armies attacked Israel and ethnically cleansed all the lands they conquered, including Judea and Samaria and a large part of Jerusalem, now known as East Jerusalem.

It is because and only because this difference in ethical standards is maintained and never questioned that Israel faces the dilemma that Kerry accepts as indisputable fact: Either Jews give up the right to live on land from which they were forcibly removed and where they should have every right to live, or they end up with a single state where Arabs have equal rights and would destroy the Jewish state from inside.

In other words, in the Israel-Arab conflict, the villain cannot lose and the righteous cannot win, and the whole world says so.

Perhaps Israel will bend, as it has offered to do several times, and will accept to remove Jews from of the vast majority of Judea and Samaria in exchange for a peace agreement. But if no such solution emerges and if, as Kerry fears, a one-state solution becomes reality, I do not expect, and no one should expect, that Palestinians would be given Israeli citizenship and the right to vote within the state of Israel.

Such a development would destroy Israel and turn it into one more failed Arab state. No reasonable person, especially if that person is a liberal Arab, would celebrate such an occurrence. 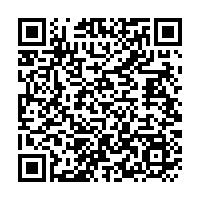