Before agreeing to abandon its secular democratic state and join with the Palestinian Arabs in a binational state, Israel and all those interested in this proposition should read the following 1980 quote by Ayatollah Ruhollah Khomeini: “Muslims do not want democracy. Anyone who says democratic republic is an enemy of Islam. All our miseries are caused by those who demand freedom. They want to build a Western society for Muslims in which you are free and independent but without a God, a prophet, or Imam. Without prayers and without martyrdom which is the highest goal for us”.

If the Palestinians ever hold fair elections, Hamas will emerge victorious. Not only is Hamas a fundamentalist Islamic movement, but its charter calls for all Israeli Jews to be killed. The PA Charter is not much better. Does anyone really think that there is any basis for these three groups to live together and share power? Perhaps Kingsley can tell us if there has ever been a successful country in which half the population wants democracy and the other half theocracy? 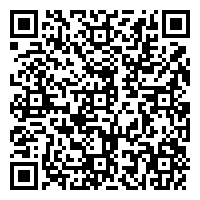