Question: When a son recites Kaddish for his parents, can they hear it? Also are their souls elevated to a higher place thereby?

Answer: The Mechaber (Orach Chayim 124:8, based on Berachot 47a) writes that when responding to the chazzan, a person should be careful not to respond with an amen chatufa (a hurried amen) – i.e., a hurried response, an unintelligible response, or a response in which a person mispronounces amen by, for example, pronouncing the alef with a sh’va instead of a kamatz.

He also should not respond with an amen katufa (a short amen whereby one drops the last letter and says ame) or an amen yetoma (an orphaned amen) – i.e., a response that is not connected to the blessing since the person saying it utters it mindlessly, not knowing to what he is responding.

The Rema (ad loc.) adds that a person should not respond with any of these types of improper amens even if he doesn’t need to discharge his obligation by listening to the chazzan.

The Aruch Hashulchan (ad loc., sk14) points out that the Gemara (Sukkah 51b) relates that the main shul in Alexandria, Egypt, in Talmudic times was so large that the gabbai had to stand on the bimah and wave a flag whenever it was time to say amen since people couldn’t hear the chazzan. How do we reconcile this report with the Mechaber’s ruling that one must respond to specific berachos and can’t just say amen without knowing which blessing one is responding to?

The Aruch Hashulchan answers that even though they did not hear the chazzan, they actually knew which blessing they were responding to. (Nonetheless, in a regular shul, one should make an effort to actually hear what the chazzan is saying.)

The Gemara (Megillah 24b) quotes a baraita: “We do not allow the following to go down before the aron to lead the services: not those from Beit She’an, not those from Haifa, and not those from Tivonin – because all these pronounce an alef as an ayin and an ayin as an alef.”

Rashi (ad loc. “mipnei she’korin l’alfin aynin…”) notes that if a person pronounces the alef as an aiyin in the first word of “Ya’er Hashem panav eilecha vi’chuneka – May Hashem shine His countenance upon you and offer you His grace” in Birkat Kohanim, he is uttering a curse instead of a blessing (since ar with an ayin is an enemy).

Chacham Ovadia Yosef, the late chief rabbi of Israel, writes in his responsa (Yabia Omer, Orach Chayim 12:7) that some people are illiterate in Hebrew and can only pray via transliteration (Hebrew words spelled with Latin letters). The problem is that no Latin letter can represent an ayin, which is a guttural sound. Some authorities rule that such a person cannot lead the services if the congregation pronounces the ayin properly.

Rabbi Yosef cites the Gemara (ad loc. 24b), which states that a person who is “dash b’iro” – i.e., is familiar in his town – may discharge others. His pronunciation may differ from that of the local populace (e.g., he may be an Ashkenazi in a Sefardic locale), but since they are familiar with him and understand what he’s saying, it’s fine. (Nowadays, questions like these come up often since many Jews from all sorts of origins live in the same communities and often daven together.)

Some people, especially those influenced by the teachings of the Brisker Yeshiva, have made it their business to learn how to pronounce the ayin as a guttural sound, especially when it comes to Keriat Shema, which is a biblical obligation. It is known that HaRav Nosson Adler, zt”l, the rebbe of the Chasam Sofer, zt”l, learned the Sefardic pronunciation of Hebrew for davening as he deemed it more authentic than the Ashkenazic one.

We conclude with the following: The Gemara (Yevamot 96b-97a) asks how we know that one is supposed to give credit to the author of a Torah teaching when repeating it? It answers as follows: R. Judah said in the name of Rav: What does “Agurah v’oholecha olamim [echeseh v’seter k’nafecha; selah] – May I dwell in Your tent forever [may I take refuge in the shelter of Your wings, selah]” mean (Psalms 61:5)? Is it possible for one to dwell in two worlds at the same time? Obviously not. What King David meant was: “Whenever one repeats something that I have said, may he do so in this world in my name.”

This wish is in accord with the statement of R. Yochanan in the name of Rabbi Shimon b. Yochai, who said, “A scholar’s lips move gently in the grave when his words are cited in his name in this world.” R. Isaac b. Ze’ira – others say R. Isaac the Nazir – asked: What is the scriptural source for this? It is extrapolated from Song of Songs 7:10: “V’chi’cheich ke’yeyn hatov holeich l’dodi l’meisharim dovev siftei y’sheinim – And the roof of your mouth like the finest wine that glides down smoothly for my beloved, moving gently the lips of those who are asleep.”

Just as the scholar is eager in his afterlife to hear his words repeated in his name, so too the souls of the departed who derive great benefit and elevation from Kaddish (and from other mitzvot done on their behalf) undoubtedly wish to hear Kaddish said. Kaddish connects them to us as we serve as their agents in this world. What a strong message! 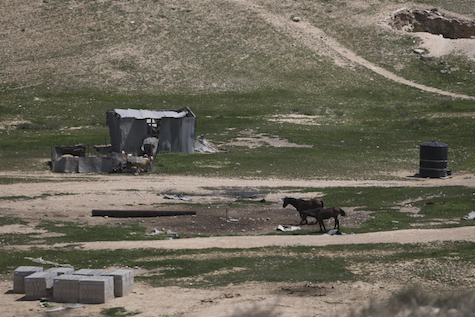 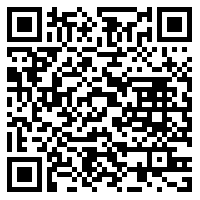