“Do not cook a kid in its mother’s milk.“ It is a puzzling statement, repeated three times in the Torah. Twice in connection with Shavuot, the summer’s first fruits and harvest festival. The third time is in the context of forbidden foods. Traditionally, these texts have been taken to ban cooking, eating, and gaining benefit from milk and meat together.

There’s a cute joke: Moses is up on Mount Sinai and the Almighty is conveying the text of the Torah to him. They come to “Do not cook a kid in its mother’s milk,” and Moses looks up and says, “By this I assume you mean we should not eat meat and milk dishes at the same time.”

“OK,” says Moses, “So you mean we should have separate dishes for meat and milk.”

“No,” says the Master of the Universe, “I simply said, ‘Do not cook a kid in its mother’s milk.’”

“Fine,” says Moses, “So you mean we should wait six hours after meat before we can eat milk?”

Maimonides, in his Guide to the Perplexed, hazards a guess that this was an ancient pagan harvest custom that the Israelites were forbidden to imitate. But there was no external support for this theory until 1929, when at a site in Syria called Ras Shamra, now known as Ugarit, a French archaeologist uncovered the first of more than a thousand cuneiform tablets from about the 14th century B.C.E.

One of these tablets, experts later claimed, describes a Canaanite religious ritual, part of the worship of their chief god El, which included a command that was deciphered to read, “Cook a kid in milk.” Out of this emerged the claim that the pagans did indeed have a practice of cooking a kid in its mother’s milk. Given the repeated insistence in the Torah of not imitating local pagan worship, this would explain the Biblical Law. Maimonides’ intuition seems to have been right. Even the great Biblical scholar Umberto Cassuto of the Hebrew University was taken in. Unfortunately, this theory was based on a mistranslation. The Ugaritic said nothing of the sort. The Ugaritic word gd doesn’t mean “kid”, and there was no mention of milk nor of cooking.

Perhaps the prohibition was linked to the other Biblical laws requiring humans to treat animals with consideration. These laws included not sacrificing a newly born animal until it has had a week with its mother (Exodus 22, Leviticus 22), taking care of lost animals or helping them when struggling under heavy loads (Exodus 23), not slaughtering a mother and child on the same day (Leviticus 22), sending away the mother bird if you want to take her eggs or fledglings (Deuteronomy 22), not getting different-size animals to work under the same yoke (Deuteronomy 22), and not muzzling an ox while it is threshing (Deuteronomy 25).

Philo of Alexandria suggested a more abstract idea, that “it is unacceptable that the very liquid that sustained the animal at birth should now be used in its death” (De Virtute 13). And this links to the idea of separation. The Israelites were told to separate themselves from the pagans, both morally and behaviorally. The idea of not mixing is found in the laws of Kilayim, sowing different plants together, or crossing plant and animal fabric (Shatnez, wearing wool and flax), holy spaces from communal ones, permitted foods and forbidden foods, permitted unions and forbidden unions, God’s time and human time, meat from blood. It’s a recognition of difference, an awareness of everything that goes on around one in the natural world and the human world. And that’s where babies in their mother’s milk comes in. It is a separation of life from death and an assertion that life is our primary concern on earth. You might also apply this logic to priests and laymen and see the whole structure as a response to pagan priests and practices. And indeed it explains all the Biblical laws that relate to blood of one sort or another. But as the Talmud says, the only Biblical law with an explicit reason, limiting the King in pursuit of sex and money, was contravened by King Solomon precisely because he reasoned he was above it. Anything based on reason alone is risky.

All these attempts at rational explanations are all very well. It’s the sort of sophisticated anthropological symbolism that Mary Douglas writes about so brilliantly in Leviticus as Literature, which, incidentally, is the best commentary on the sacrificial system in Vayikra that I have ever read. But is it relevant? Is all this guesswork anything more than an intellectual exercise? We try to explain the laws of kashrut through medical or utilitarian theories but none of them cover the entire subject. Like them, this seemingly obscure law is part and parcel of the whole system of Jewish lifestyle of modulating all human activity, from sex to food. The way to do that is through law and custom, regardless of origin. In effect, when one considers it this way, the rabbis were right to emphasis the practical, to expand on the poor little kid. Actions speak louder than words.

Why do I keep these laws? It certainly isn’t because of archaeology or complicated associations of ideas. I keep then because they are part of an existing way of life I subscribe to and enjoy, part Divine, part human. They reinforce all sorts of emotions. That is how most thinking religious people relate to their religious traditions. Does the intelligent Christian really believe the myths of the Gospels? Does the reflective Muslim really think that a warring, illiterate Bedouin was given a work of poetic genius in his sleep, or does a Mormon believe that Joseph Smith discovered Golden Tablets? Does an academic Hindu believe the panoply of gods is anything more than symbols and points of reference? And how many of us Jews now literally believe “The sun stood still in the valley of Ayalon”? We delude ourselves into thinking religion is primarily theological orthodoxy. It is concerned with narratives (some like to use the word ‘myth’) and rituals that should lead to correct actions and appropriate thought. This should be the function of ritual of course, not just routine, thoughtless behavior.

Does it matter where eating cheesecake on Shavuot came from, or how late the idea of Shavuot being the anniversary of the Sinai Revelation emerged, or whether the Tikkun was an invention of seventeenth century Kabbalists? It is all interesting and worthy of study, of course, but it is not the reason we do it all. That lies deep in our human minds and in our mystical souls, as well as in the very basic physiological need for order, system, and a structure for facing the constant challenges and pressures of life. 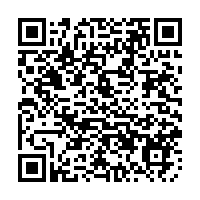