“We should practice Judaism just as they did in Europe” is a sentiment one is likely to hear in haredi and yeshivish communities. “We shouldn’t act any differently just because we’re in America.”

And yet, according to a recently published book by Rabbi Menachem Mendel Poliakoff – a nonagenarian Baltimore rabbi who studied in Lithuania’s Telshe yeshiva for eight years in the 1930s – yeshivish batei midrash and communities constantly and consistently deviate from pre-war European tradition.

For instance, on page 63 of Minhagei Lita: Customs of Lithuanian Jewry, Rabbi Poliakoff writes, “No one in Lithuania wore his tzitzis hanging out as people do today – not even the Rabbonim, not even in Radin.” A few pages earlier, he claims, “the term ‘glatt kosher’ did not even exist in Lithuania. Meat was either kosher or non-kosher, which, of course, is the correct approach.”

The annihilation and displacement of Lithuanian Jewry during World War II, writes Rabbi Poliakoff, essentially ruptured the natural chain of parental and communal tradition, or mesorah, by which Jews historically derived their behavior and mores. And in the “absence of established tradition, the Rabbis turned to the Mishnah Berurah as their guide on the assumption the Chafetz Chaim’s decisions were in accord with the generally-accepted Lithuanian customs. Unfortunately, this is not so.”

Among other common contemporary customs that Rabbi Poliakoff attacks are: repeating the word “zeicher” in Parshas Zachor (“in the Telshe Yeshiva or anywhere else in Lithuania they did not repeat it”); holding upsherns (“[it’s] absolutely a violation of halachah, as it is chukos hagoyim and should be discontinued”); collecting tzedakah during davening (“this utter distraction [is] even more unpardonable when these people pose as pious scholars, while disturbing peoples’ prayer”); and starting Kaddish by saying “Yisgadeil v’yiskadeish” instead of “Yisgadal v’yiskadash” in accordance with the Vilna Gaon’s opinion (“no one in Lithuania – not even in Vilna – accepted this innovation”).

Rabbi Poliakoff particularly detests people “parading piety.” He writes: “One of the few survivors of Kelm sadly remarked to me some forty years ago, ‘You are a Lithuanian Jew – you call this Yiddishkeit? Where is the admonition of the Prophets to walk humbly with G-d?’ He was right.”

With this story in mind, it should come as no surprise that Rabbi Poliakoff derides the “chumrah culture” as well, arguing that “the Sages frowned upon following unusually rigorous practices unless they are in character with the one performing them – and even then only if they did not adversely affect others.” Therefore, for example, he argues that the practice of eating glatt kosher exclusively is wrong, not only because it deviates from Lithuanian practice, but also because it violates the principles of “avoiding excessive strictness” and “imposing needless expenses upon the community.”

All this criticism may sound a bit much, and indeed surprising, coming from a Telshe alumnus. One perhaps would expect such condemnation from a Yeshiva University professor, not a rabbi with a black hat and white beard. However, Rabbi Poliakoff’s take-no-prisoner attitude proceeds directly from his stated purpose in writing Minhagei Lita: preserving Lithuanian customs as he remembers them.

And so, aside from “hot-button” issues, Rabbi Poliakoff also spends tens of pages recording the Lithuanian nusach hatefillah, bemoaning that so few today remember the proper tunes for the different parts of davening – especially on such occasions as Shabbos Chol HaMoed and Shabbos Rosh Chodesh.

The biggest surprise of this slim book comes in the last 25 pages, where Rabbi Poliakoff addresses – based on the principle of “the Torah’s ways are pleasant,” which he says characterized the Lithuanian approach to halacha – the longstanding agunah problem and complaints regarding the second day of Yom Tov, which Jews outside Israel celebrate.

Both of Rabbi Poliakoff’s suggestions are broad in scope – annul marriages when necessary, abrogate the second day on Yom Tov entirely – but skimpy on the details. And despite Rabbi Poliakoff’s caveat that only a central or main beis din supported by the world’s greatest rabbis can implement his suggestions, many readers will likely raise their eyebrows when reading this rather radical section, which has echoes of Rabbi Emanuel Rackman’s controversial beis din and the Reform movement’s 19th-century innovations.

Nonetheless, at 116 pages, Minhagei Lita is a pleasure to read. Engaging and informative, the book offers a unique view of Lithuanian Judaism through the eyes of one of the few remaining people alive who experienced it firsthand. 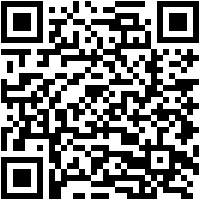