(Israel Hayom via JNS)  In a decision that could undermine already strained relations with Warsaw, the Israel Defense Forces will no longer send delegations to Poland to learn about the Holocaust. Instead, officer delegations will visit Lithuania, in a decision that has also drawn criticism.


Named “Witnesses in Uniform,” the project began around two decades ago as a Holocaust remembrance program for military personnel. Within its framework, career officers and commanders, reserve soldiers, family members of fallen soldiers and Holocaust survivors comprise delegations that visit the sites of death camps in Poland and participate in memorial services.

Throughout the years, the IDF has sent hundreds of these delegations to Poland. Other security agencies, including the Israel Police, Israel Security Agency (Shin Bet), Israel Prison Service and others have joined the initiative and have sent similar delegations.

Over the past two years, however, all delegations from Israel to Poland were frozen due to the COVID pandemic, including high-school delegations organized by the Israeli Education Ministry. Every attempt to renew the initiative, meanwhile, was upended by a new wave of the coronavirus.

As stated, the IDF recently decided to relaunch the program but will send its delegations to Lithuania instead of Poland. The move stunned many inside and outside the IDF, both due to the unilateral nature of the decision and because of the choice of alternative destination.

IDF officials gave varying explanations for the decision. One explanation pertains to difficulties in coordinating the renewal of the program with the Poles, amid the ongoing diplomatic crisis between the countries. The second, more relevant, explanation is that the IDF is falling in step with the Israeli Foreign Ministry, which is waging a harsh diplomatic battle with Poland over the Polish government’s policies and new laws it has passed, which Foreign Minister Yair Lapid has slammed as “bordering on Holocaust denial.”

Lapid was largely taking aim at Polish legislation that restricts the rights of Holocaust survivors or their descendants to reclaim property seized by the country’s former communist regime. Consequently, both countries have recalled their respective ambassadors.

However, the ministry’s position was never approved as official government policy, and no formal decision was taken that would require the delegations to Poland to be canceled.

“Someone is confused here,” said one senior IDF official. “Yes, relations with Poland have been sputtering politically and diplomatically for quite some time, but the army is not independent, to make such a decision on its own. This is not a military decision. This needs to be a political decision, made by the government or at the very least the Defense Ministry.”

He added: “The Holocaust happened in Poland. It would have been better to wait for a solution, instead of going somewhere else. It’s just not serious conduct.”

Another official expressed concern that the decision would exacerbate diplomatic tensions with Poland, whose help Israel now needs amid the war in Ukraine and efforts to rescue Jews and Israelis from that country.

Yet another official questioned the choice of Lithuania.

“The Holocaust was planned in Germany and carried out in Poland. It’s true that Jews were murdered in Lithuania, but this is also true of almost every other country in Europe. How is Lithuania different from Hungary, Holland, or Austria? And if Poland is off the table, why not go to Germany?,” the official said.

At time of publication, it was still unclear how the Poles would react to the decision. It also wasn’t clear what the Education Ministry would do as a result.

The IDF said in a statement: “The ‘Witnesses in Uniform’ journey is an important part of fostering Holocaust remembrance in the IDF. Until the ‘Witnesses in Uniform’ program to Poland is reinstated, [the army] is examining the option of holding it in Lithuania, a country with a rich Jewish history, along with memorial and heritage sites that currently allow the memory of the Holocaust to be taught to IDF commanders in an optimal manner. The recommendation will be presented to [IDF chief of staff Lt. Gen. Aviv Kochavi] soon.” 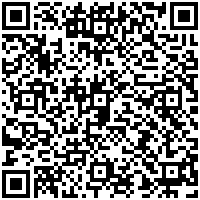