Will the future of Israel and American Jewry continue to be increasingly divisive, or will there be a rebirth of the feeling that Jews both here and there face a common destiny?

Exploring this provocative topic will be Dr. Michael Oren, Knesset Member for the Kulanu party and Deputy Minister in the Prime Minister’s Office, who will bring new insights to this issue during his talk “Israel and American Jews: Common Destiny or Separate Path?” at B’nai Shalom in West Orange on September 4th, at 8 PM.


Dr. Oren is in a strong position to offer an insider’s perspective on the current trends, dynamics and powerbrokers, as related to the topic of his talk. He is no stranger to Israeli politics, having served in the past as the Ambassador of Israel to the United States and IDF spokesman.

Along with being a world-renown scholar and politician, Oren is the author of the New York Times best-selling Power, Faith and Fantasy, as well as Six Days of War June 1967, The Making of the Modern Middle East, and Ally. He has been a visiting professor at Harvard, Yale and Georgetown universities in the United States, and at Tel Aviv and Hebrew universities in Israel.

This exclusive New Jersey speaking event will also be a homecoming for Dr. Oren, who grew up in West Orange and continues to have close ties to the community. His parents, Marilyn and Lester Milton Bornstein, are long-time members of B’nai Shalom, where Oren had his Bar Mitzvah.

“We are excited to have Dr. Oren for his only appearance in our region this year. He has assured us that his talk will delve deeply into the tough issues that confront the relationship between Israel and American Jewry. It will be a captivating, educational and thought-provoking evening that will give us much to contemplate as we begin the New Year,” said Rabbi Robert Tobin, spiritual leader of B’nai Shalom.

This event is sponsored by Jewish National Fund (JNF), Israel Bonds and Hadassah of Northern New Jersey, as well as private donors.

You can learn more about the event and register by visiting https://bnaishalom.net/events.php#oren 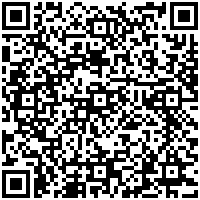