In honor of its 25th anniversary, the Shuvu Network of Schools in Israel has announced its largest fundraising campaign ever, to take place IY”H on Monday, June 22 – over a 24-hour period in 4 countries simultaneously!

The Shuvu Network was founded by Rabbi Avraham Pam zt”l in 1990, when the wave of Aliya from the former Soviet Union was at its peak. Rabbi Pam, together with other Jewish leaders, was concerned of the physical and spiritual welfare of these Russian Olim – and their children. They were in need of schools familiar with Russian culture and its high standards of education, and able to provide a basic Jewish education as well. After Russia’s 70 years of communism, many Russian Olim arrived in Israel with absolutely no knowledge of what it means to be a Jew. They had no sense of Jewish identity or Jewish pride. Shuvu aimed to fill this void.


From a mere 2 caravans, Shuvu has since developed into a major educational empire in Israel today, including 67 schools, kindergarten and outreach programs spread out across the country – from Akko up north to Be’er Sheva down south. Shuvu’s thousands of students receive a very high level of general education coupled with Limudei Kodesh, with an emphasis on Middos and Derech Eretz, and many exciting and educational activities throughout the year.

Seeing the unique Chinuch in Shuvu, many native Israelis over the years begged to have their children join the network as well. Today Shuvu can certainly be viewed as a “Kibbutz Galuyot” with children from Russia, America, Ethiopia, Israel – and recently many from Ukraine and France as well. Shuvu also operates many programs for the parents of the students, in order to connect them as well to the beauty of Judaism.

Shuvu is always doing more. This year alone, Shuvu has opened 29 new first grade classes, welcomed over 1,000 new students, and added programs in three of its campuses. With more support, Shuvu can continue inspiring the lives of more Jewish families. Sign up for our newsletter and stay tuned for Monday’s unbelievable news. 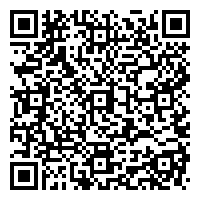