Last year, an Arab from Shchem raped a 17-year-old Israeli girl at knifepoint, with her boyfriend watching, in Tel Aviv. After being convicted of crimes including aggravated rape, attacking police, and forging an identity card, the Tel Aviv District Court has sentenced the rapist to thirty years in prison.

A report on the sentencing called it “one of the most severe penalties ever meted out for rape in Israel.” If thirty years for such a crime is that severe, consider the implications for other rape victims’ lack of justice.

Let that all sink in for a moment.

Now, one might think these criminals would have a harsh life behind bars even if the sentences are so atrociously inadequate. Think again. In Israeli prisons, terrorists enjoy comforts like cell phone and internet use.

And if one of your fellow holy warriors gets engaged? It’s time for a party.

Writing on this subject, the managing partner of an American litigation firm specializing in terror financing notes:

“Unlike maximum security prisons in the U.S., in Israeli jails the various Palestinian factions are separated from each other and encouraged to police themselves, but they are permitted to eat meals, study and pray communally with members of their political faction. While this approach is more cost-effective because it requires fewer guards and reduces friction between the inmates and the prison service, it also permits the jails to serve as a de facto trade school for terrorism.”

What do those terrorists do with so much personal latitude and organizational ability? Unbelievably, they don’t become B’nei Noach and adherents of Zionism but instead plot more savagery.

If murderous antisemites in France or the Netherlands were found to have the aforementioned luxuries, how many Jews would condemn European softness on terrorism and say that Jewish blood is cheap there? Yet if we turn our gaze inward and consider the domestic reality, does the “Jewish State” set any better example? And if you think Israel is so tough on terrorism, it’s time to read what the mother of Malki Roth Hy”d has to say about that.

No, our blood is already cheap in our homeland and has been for a long time. Writing about such national dysfunctions in his last finished work, Rabbi Meir Kahane zt”l Hy”d stated: “The truth is that the gentile was never the ultimate danger and threat to the Jew…The greatest danger to Jewish survival was always the Jew himself.”

And so it remains. 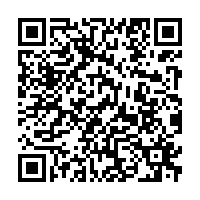