A Danish government panel has dealt an anti-circumcision group a severe setback with a new study that concludes there is little risk in circumcisions and that no new  guidelines are necessary.


Leo Milgrom, deputy chairman of the anti-circumcision group responded, “Even without all the weighty ethical considerations, and without all the many legal, sexual and psychological consequences, at the very least a scientific precautionary principle should apply: circumcision should be immediately stopped simply as a result of the scientific uncertainty described in the health agency’s own report.”

Between 1,000 and 2,000 ritual circumcisions a year take place every Denmark, and current guideline require a child’s permission only if he is at least 15 years old.

A widely-known Jewish Danish journalist who converted to Christianity described last year circumcision in the most brutal terms. “Around the baby stand ten black-clad men – a must in every Jewish circumcision. As usual in Judaism, women aren’t allowed to be present. An untrained rabbi mutilates the baby, who cries and bleeds profusely as the men pray,” he wrote.

“Some anti-immigration campaigners are using the circumcision issue to prevent what they call Denmark’s “Islamization,” Finn Schwarz, president of the Jewish Congregation of Copenhagen, told JTA last year. “ If not for the Jewish community, circumcision would’ve already been banned here,” he said.

In 2001, the Jewish community lobbied successfully for special legislation on circumcision of male babies younger than two months.

The law says that circumcision of newborns may be performed by a “licensed professional.” The country’s Jewish ritual circumcisers, or mohelim, receive their license from the country’s health board, but a nurse or doctor must still be present when they perform the procedure. 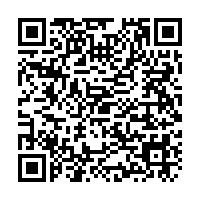