“I say to the Jews loud and clear: The time for your slaughter has come,” an Islamic preacher recently declared. Did this incitement to genocide occur in Egypt? France? Iran?

No, this happened in the heart of the Jewish homeland at Judaism’s holiest site.


Calling for the Endlösung on the Temple Mount is the natural extension of other desecrations there, ranging from soccer games to neo-Nazi symbolism in broad daylight. Are the Jews outraged by cigarette butts at Sobibor equally outraged by Hitler’s successors at Al-Aqsa who incite with impunity?

On the unique holiness of Yerushalayim in general, Rabbi Samson Raphael Hirsch zt”l observes in his commentary to Tehillim 48:2:

“God selected Yerushalayim, our city of God, as the place where He would make known His greatness and His mighty acts…The function of Yerushalayim is to set the example for all the rest of Yisrael to follow, even as Yisrael is the nation set up as a model for all the other peoples of the world to emulate.”

What kind of national and global examples are set when God’s enemies brazenly call to slaughter Jews in Yerushalayim–days after four Jews were slaughtered there in a synagogue! The Har Nof massacre, attacks on Hebrew University students, vandalism of graves at the Mount of Olives: None of this should be a surprise given the state of the Temple Mount.

In 1982, Rabbi Meir Kahane Hy”d wrote an article for The Jewish Press titled “The Shame,” about the Israeli state’s repression of Jewish worship on the Temple Mount. His words could have been written today:

“Are we so perverted and corrupted in our understanding of who we are and what the era in which we live is that we see nothing? How is it that a Jew sees what he sees–the shame and the disgrace and the desecration–and does not cry out in sheer physical agony? The State of Israel, born to sanctify the name of the L_rd, becomes the repelling symbol of everything that Hillul Hashem represents.”

Zionists often assert the rights of Jewish sovereignty in Israel, which can result in forgetting the duties of Jewish sovereignty. The self-styled Jewish State–and by implication the Jewish People–has let the world’s holiest place become by turns a playground and staging ground for mass murder. Thus signaling abandonment, how can anything but contempt and bloodshed be expected? 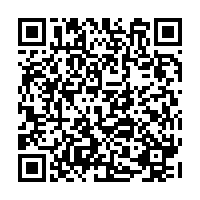